Watch on: YouTube  Dailymotion  优酷
#1443 Big Wednesday - It's Bad Karma Brother, Mick Fanning Shark Attack, Folks
Hi, I'm Sarah, welcome to The Daily English Show. Today we're studying a movie that came out in 1978 called Big Wednesday. Big Wednesday's a story about three friends who love surfing.
In this scene one of the guys, Matt, is at a cafe with his partner. Matt's just been to a funeral and he's not a good mood.
If you'd like to watch the scene first, please follow the link here. Or you can find a clip of the scene on our transcript page.
The cafe they're in is called Cosmic Cafe. The year is supposed to be 1968 and the hippie subculture began in the 60's and and I think this cafe could be described as a hippie cafe. The clothes most of the customers are wearing, the music, the decor of the cafe could all be described as hippie style. Even the menu, they don't serve meat. And the language they use too.
Matt orders: "A couple of cheeseburgers and two Cokes."
And the waiter says: "We're off that trip, man. We don't serve animal hostilities."
Trip in this sense means: a self-indulgent attitude or activity.
For example, you might say your manager is on an ego trip or a power trip.
By animal hostilities he means meat or animal products. Hostilities is a formal word which means acts of warfare. I've only heard the expression animal hostilities in this movie, so I'm not sure if it was a common expression at the time or not.
The waiter is expressing his opinion through his choice of words. He thinks that eating cheeseburgers is an act of warfare against animals.
If he wanted to reply to the customer in a neutral way, without expressing his opinion, he could have said: We don't serve animal products.
But he obviously wants to share his opinion with Matt and he goes on to say: "It's bad karma, brother."
Karma is a concept in several religions. And it's also used informally to mean the effect of doing a particular thing. So if you say that eating animal products is bad karma then you're saying that something bad will happen to you if you eat animal products.
And finally, the word brother is slang for a fellow human. But Matt doesn't like being called brother, he says: "Hey, I'm not your brother. And turn down that crappy music."
But the waiter doesn't care and he keeps calling him brother. He says: "Hey, peace, brother."
And later on when he brings out the drinks, he puts them down and says: "Here's your Cokes, brother."

Kia ora in Stick News today a university in England is planning to hire a professor of Lego.
The University of Cambridge is the second-oldest university in the English-speaking world.
Lego was invented in Denmark in 1949 and is now one of the world's most powerful brands.
The Lego Foundation recently donated £4 million to the University of Cambridge.
The University is now creating a new role within the Faculty of Education.
The Lego professor is expected to start work in October this year.
And that was Stick News for Tuesday the 21st of July.
Kia ora. 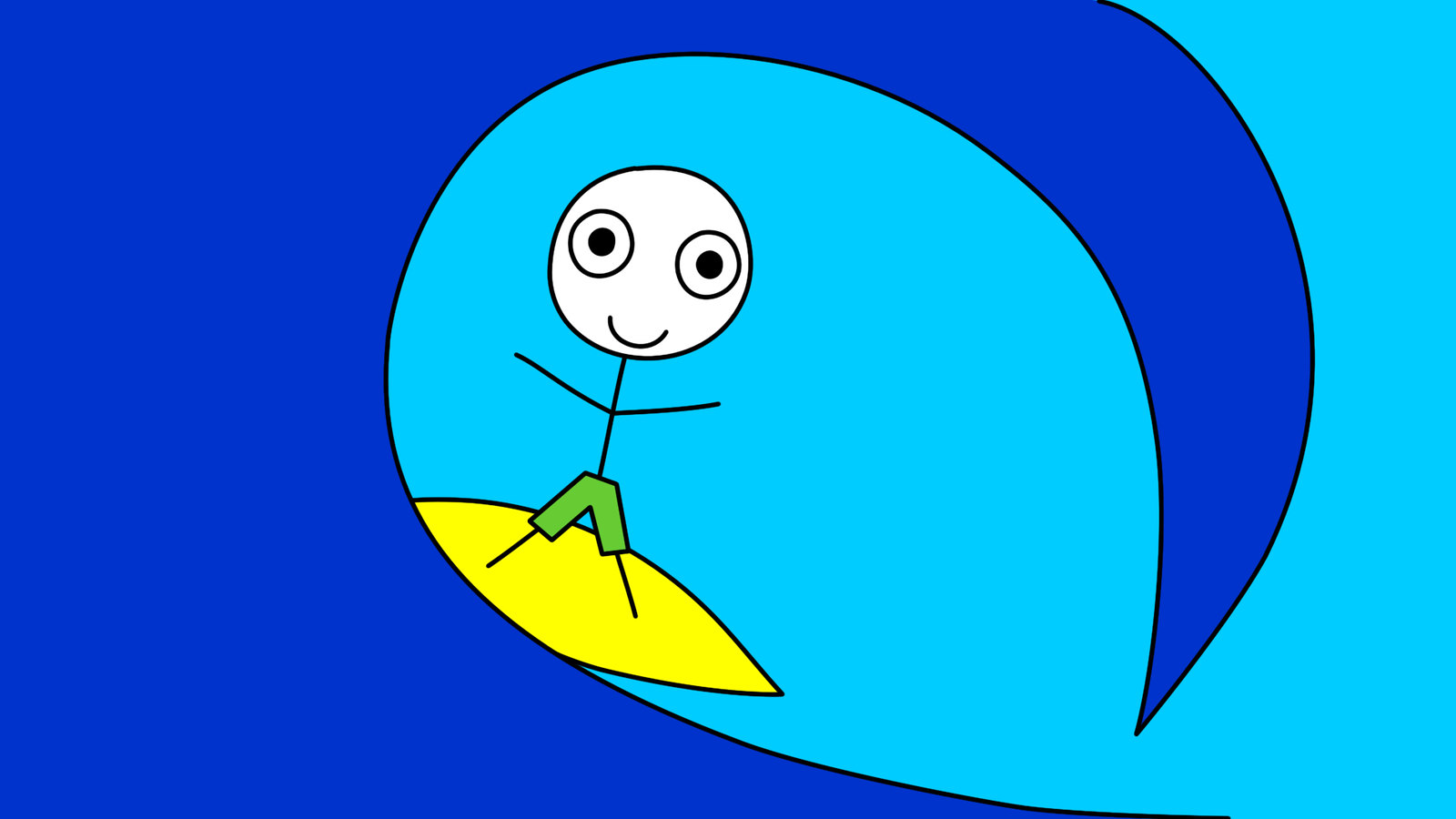 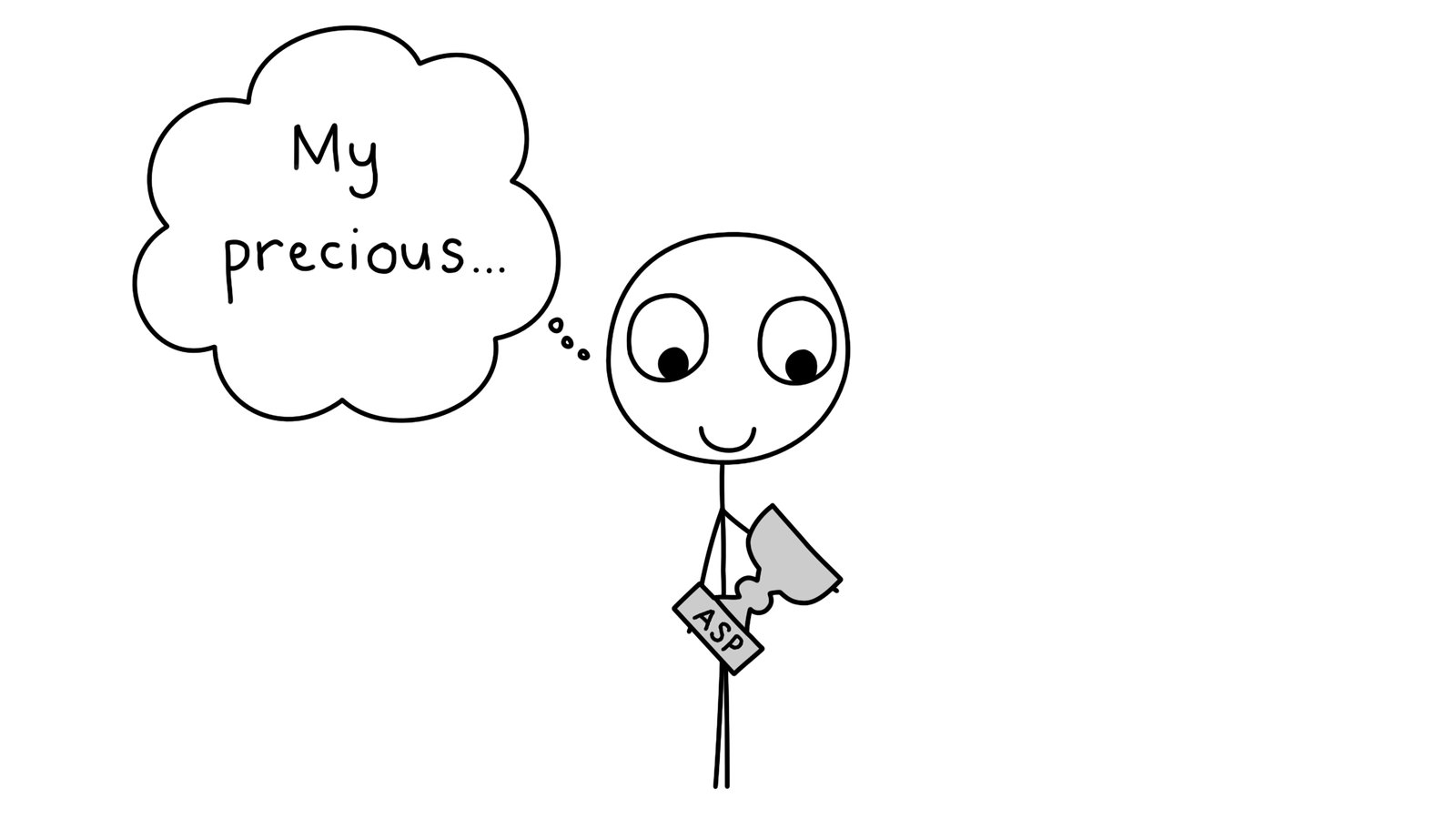 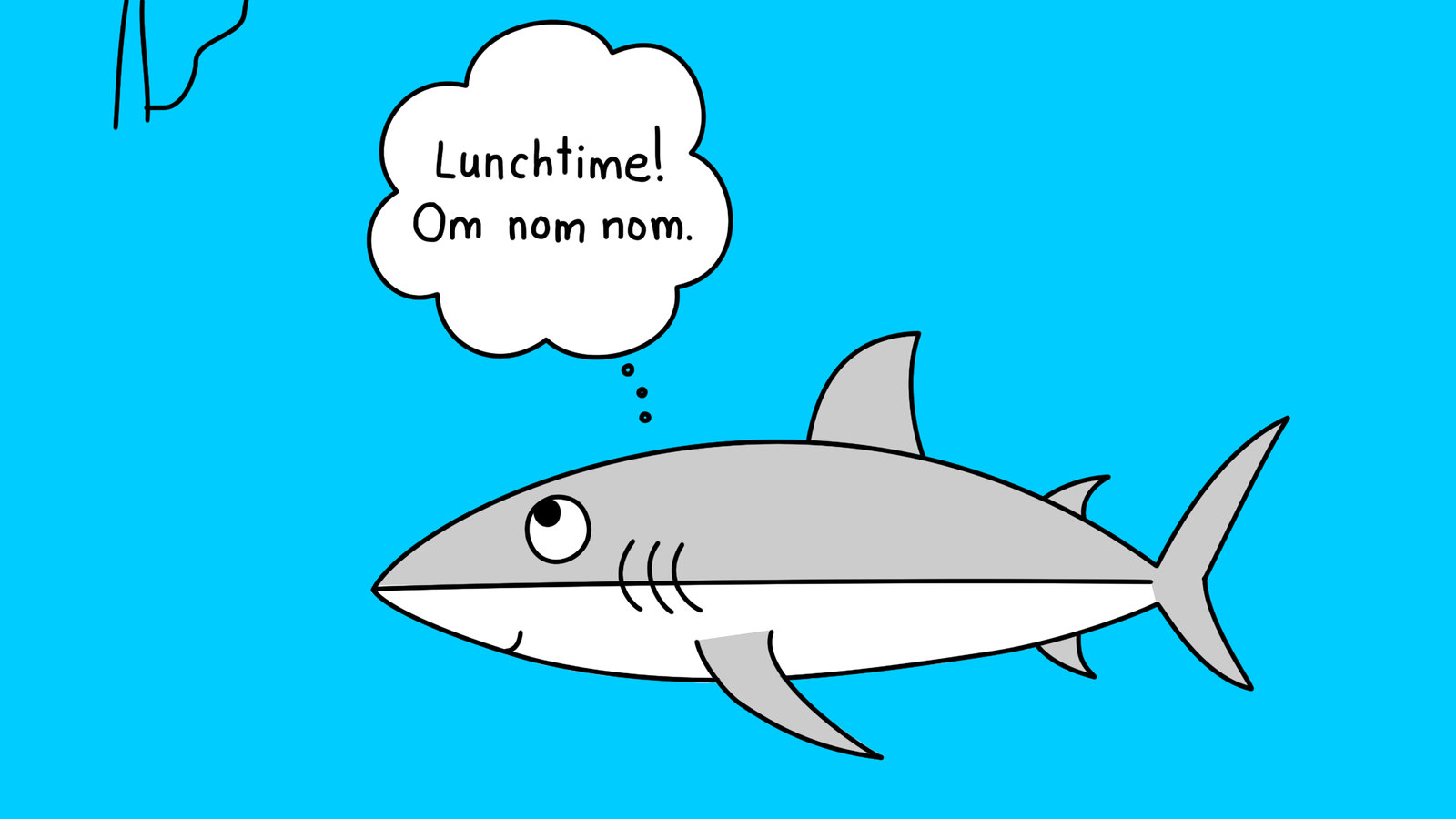 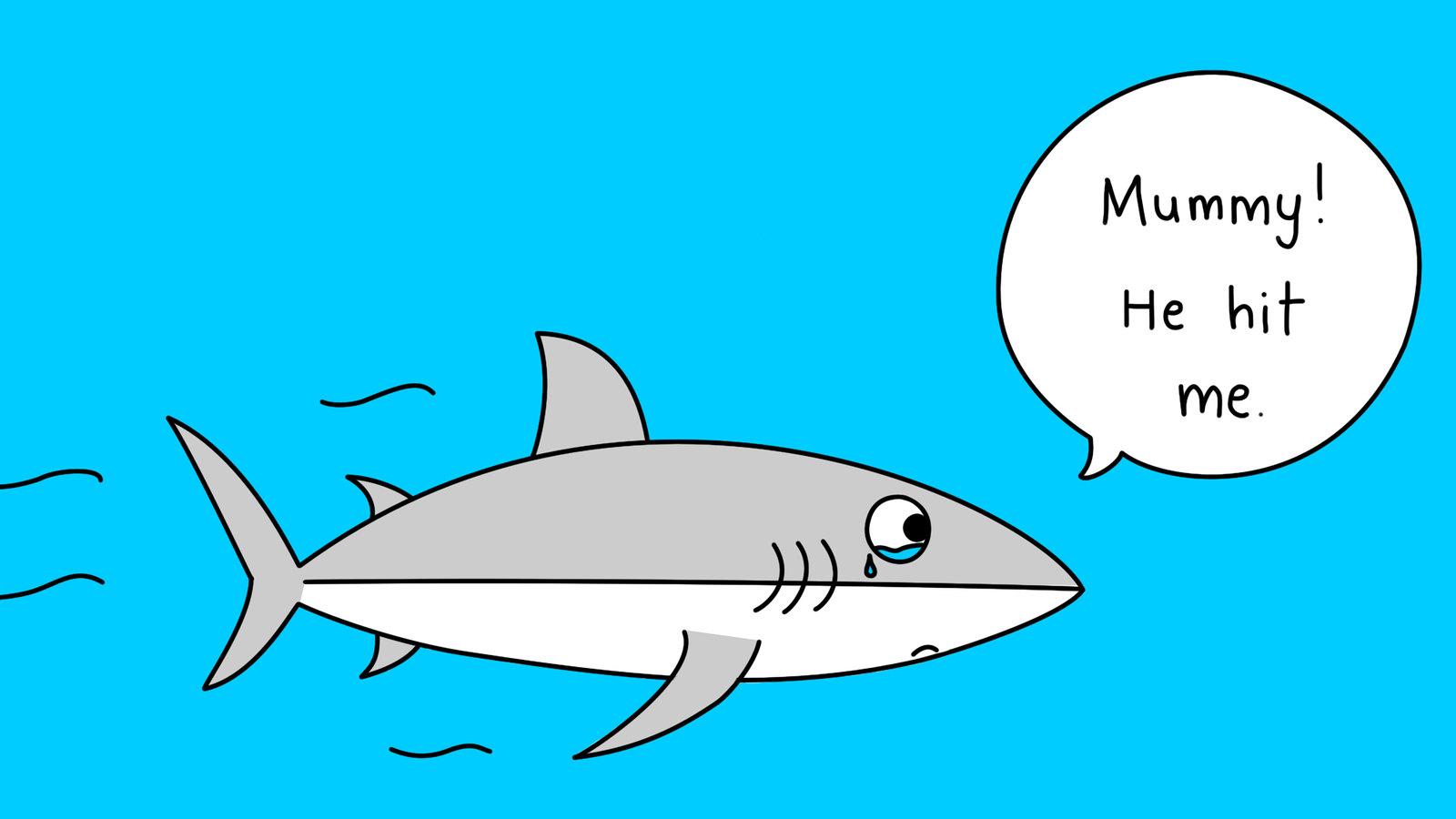 Today's word is folks.
Folks is an informal friendly way of addressing people. And that's how the waiter uses it in the scene we're studying today, he says: "You folks ready to order?"
It means the same thing as: Are you guys ready to order? which is common in New Zealand. Or: Are y'all ready to order? which you might hear in some parts of the US.
In New Zealand I sometimes hear people use folks to mean their parents. Someone might ask: How are your folks?
But it's not often used the way Barack Obama uses it which is when he's speaking in formal situations, such as at a press conference, he uses it instead of the word people.
For example when he was talking about illegal immigration, he said the US should deport: "folks who are criminals, gangbangers, people who are hurting the community".
If we're gonna go after folks who are here illegally, we should do it smartly and go after folks who are criminals, gangbangers, people who are hurting the community.
This sounds odd to me - to use the word folks in such a formal situation talking about a serious topic - and I looked it up and it turns out there's a bit of discussion online about Obama's use of the word folks.
Some people have suggested that he uses the word folks a lot because he's from Hawaii and in Hawaii it's very common to use the word folks instead of people.
And other people say that it's because he's trying to connect with people. And it seems that some people like it and some people don't, they find it condescending or insincere.
What do you think about Barack Obama's use of the word folks?

Watch the scene here.
Waiter: Uh, you folks ready to order?
Matt: Yeah, a couple of cheeseburgers and two Cokes.
Waiter: We're off that trip, man. We don't ...
Matt: What do you mean?
Waiter: We don't serve animal hostilities.
Matt: Well, just get us two Cokes, huh?
Waiter: Yeah, well, it's bad karma, brother.
Matt: Hey, I'm not your brother. And turn down that crappy music!
Waiter: Hey, peace, brother.

ESL Video Quiz: #1443 Big Wednesday
ENDING
And that was The Daily English Show. I hope you enjoyed today's show.
You'll find the transcript for today's show at thedailyenglishshow.com/1443
And if you're looking for our podcast feeds, you'll find them at thedailyenglishshow.com/podcast
That's all folks!
NOTES
The Barack Obama quote came from a US presidential debate which was held at Hofstra University in Hempstead , New York on 16th October 2012.
Folks:
Huffington Post: The Word Obama Needs to STOP Using So Much
The Wall Street Journal: President Obama's Tortured Use of the Word 'Folks' Creates Buzz
BuzzFeed News: Confirmed: Obama Says The Word "Folks" A Lot
Quora: Why does President Obama like and use the word "folks" so much?
Reddit: How different are the connotations between "folks" and "people" for you?
ENDING FOOTAGE
Today's ending shot was filmed in a cafe looking down on Aotea Square, Auckland, New Zealand on Friday 11 November 2011.
Show intro
track: Nothing In The Dark  by: Josh Woodward  licence: CC BY 3.0
Stick News intro
track: Pyramid  by: Capashen  licence: CC BY-SA 3.0
sound: static  by: Joel Gerlach  licence: CC0 1.0
video: static  by: REC Room  licence: CC BY 3.0
sound: bell  by: kaonaya  licence: CC0 1.0
Word Of The Day intro
sound: plane  by: Ben Shewmaker  licence: CC BY 3.0
track: Prá Hermeto  by: Ruben Ferrero  licence: CC BY-SA 3.0
Conversations With Sarah intro
sound: bubbles  by: Razzvio  licence: CC BY 3.0
Question Answer intro
sound: chalk  by: thavis360  licence: CC0 1.0
Question Answer + Ending
track:Night Rain by:Darryl Kniffen Licence:CC BY 3.0