Watch on: YouTube  Dailymotion  优酷
Russian translation
#1442 Hart Of Dixie, Tribeca, Soho, Turkish Popsicle Stick Gang, Purgatory, Patreon
Hi, I'm Sarah, welcome to The Daily English Show.
Today we're studying a scene from a TV show called Hart of Dixie.
Hart of Dixie is about a doctor called Zoey Hart who moves from New York to Alabama.
So that's where the name comes from.
Dixie is a historical nickname for the Southern United States.
And Heart of Dixie is a nickname for Alabama.
If you'd like to watch the scene first, follow the link now, or you can find the video on our script page.
Let's watch the scene first.
This scene is from season 1 episode 1, when Zoey has just arrived in a town called Bluebell which is in Alabama. And she's walking along the road and a guy called George is driving past and he stops to offer her a ride.
George tells Zoey that he also used to live in New York. He says: "I lived in Tribeca for a while, when I worked at Cravath."
Tribeca is a neighbourhood in Manhattan in New York City. It's an interesting name, it comes from: Triangle Below Canal Street, and it was originally spelt like this:TriBeCa.
There are several neighbourhoods in New York City which have names that have been made in similar ways, such as SoHo which comes from South of Houston Street and NoHo which comes from North of Houston Street.
It's kind of fun. The main street of Auckland is Queen Street. So, I wonder if it'd catch on if I started calling some places NoQu and SoQu. Probably not.
Anyway, we're getting a bit sidetracked. Back to the scene. George says he worked at Cravath.
And Zoey says: "As in Cravath, Swaine and Moore?"
I thought this was just a company name they made up for the show, but I looked it up and it's actually a real company - Wikipedia says it's one of "the most prestigious law firms in the US".
As in is a useful phrase to remember for when you're asking for clarification like Zoey is here.
You may have heard the phrase: free as in speech, not free as in beer. This is something someone said about software, because, in English, free has different meanings. It can mean no restrictions or no price.
If someone says something was funny, you might want to clarify like this: Funny as in strange or funny as in ha ha?

Kia ora in Stick News today police in Turkey have busted a counterfeit popsicle stick gang.
An ice cream company in Istanbul has been producing ice cream bars with free written on some of the sticks. Customers can use these sticks to claim a free ice cream bar.
The company complained to police when they received back more sticks than they had originally produced.
Police raided an office building and found thousands of fake popsicle sticks with a free mark on them and machines used to produce them.
The popsicle stick ring had been producing and distributing fake sticks for three years.
The popsicle sticks were used to get free ice creams in some markets and sell them to other markets at half-price.
And that was Stick News for Monday the 20th of July.
Kia ora. 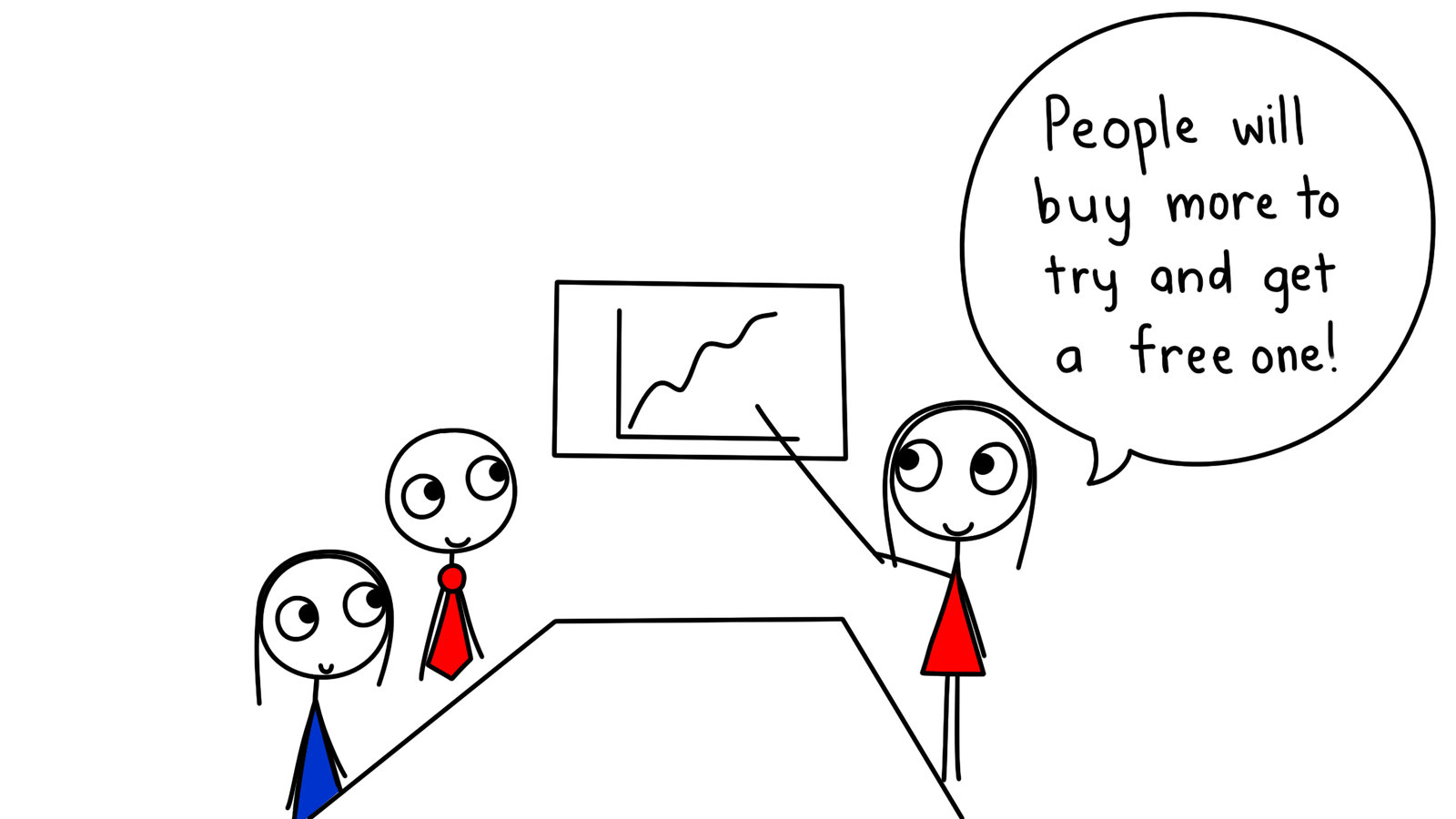 People will buy more to try and get a free one! 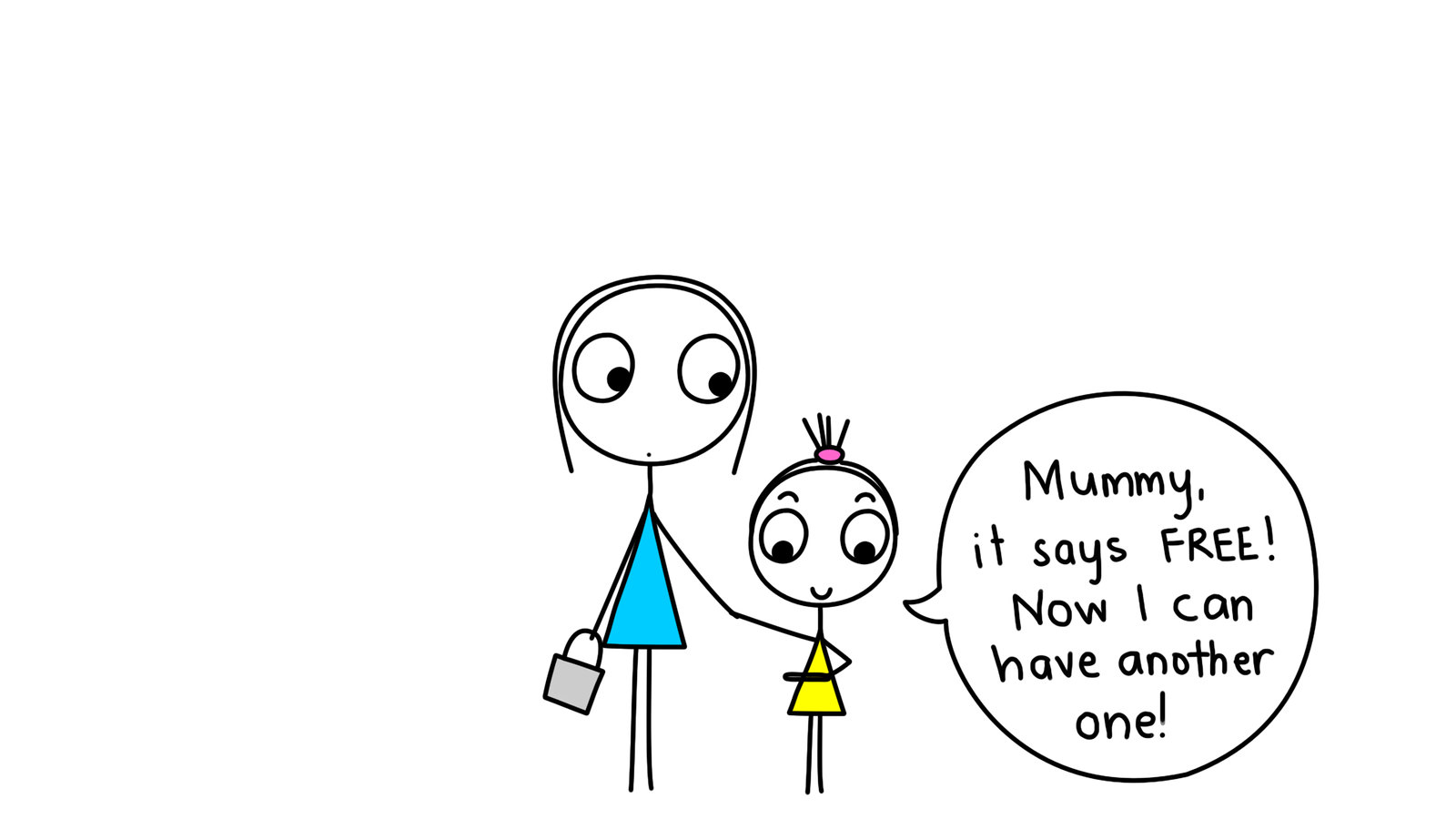 Mummy, it says FREE! Now I can have another one! 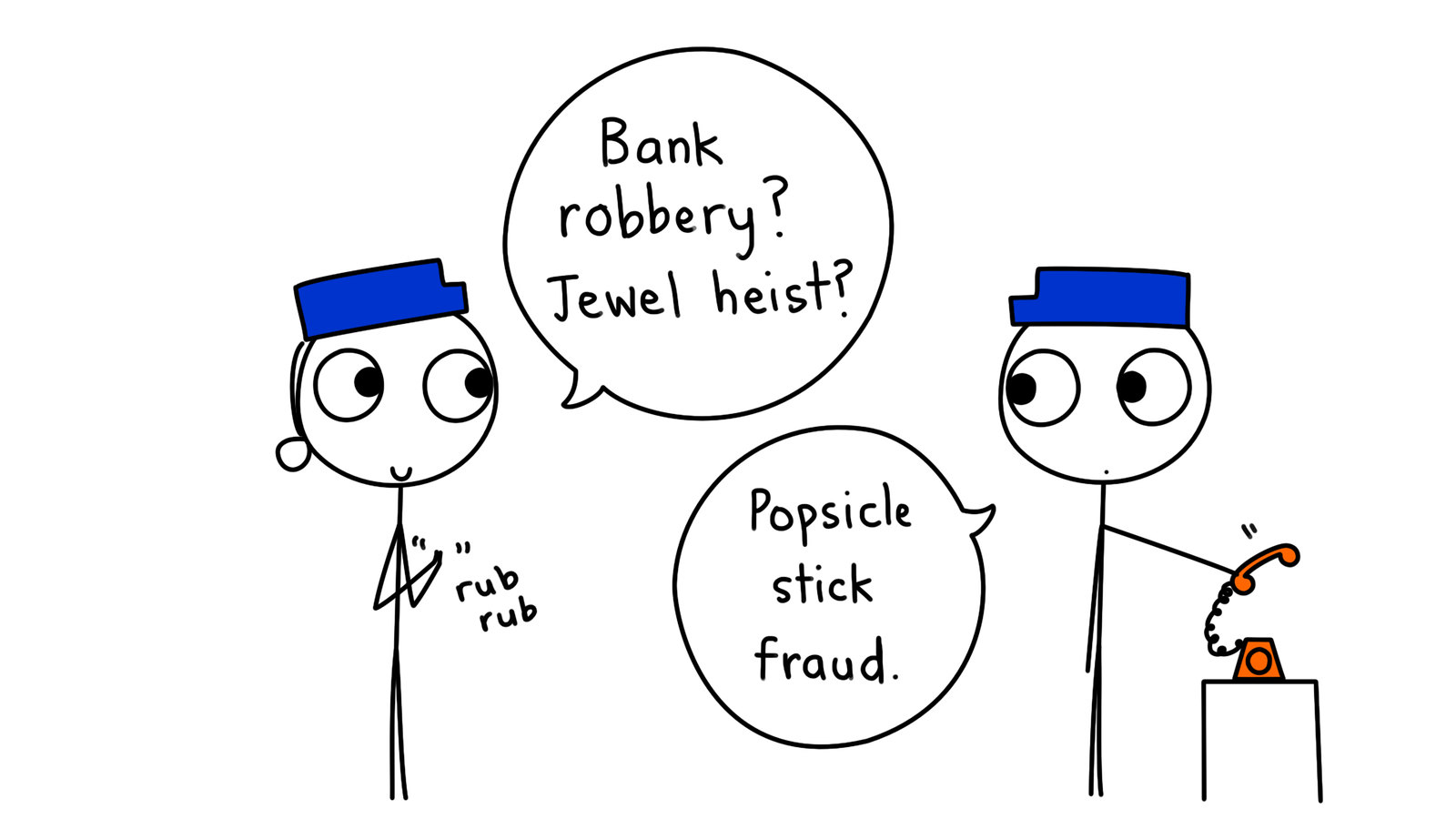 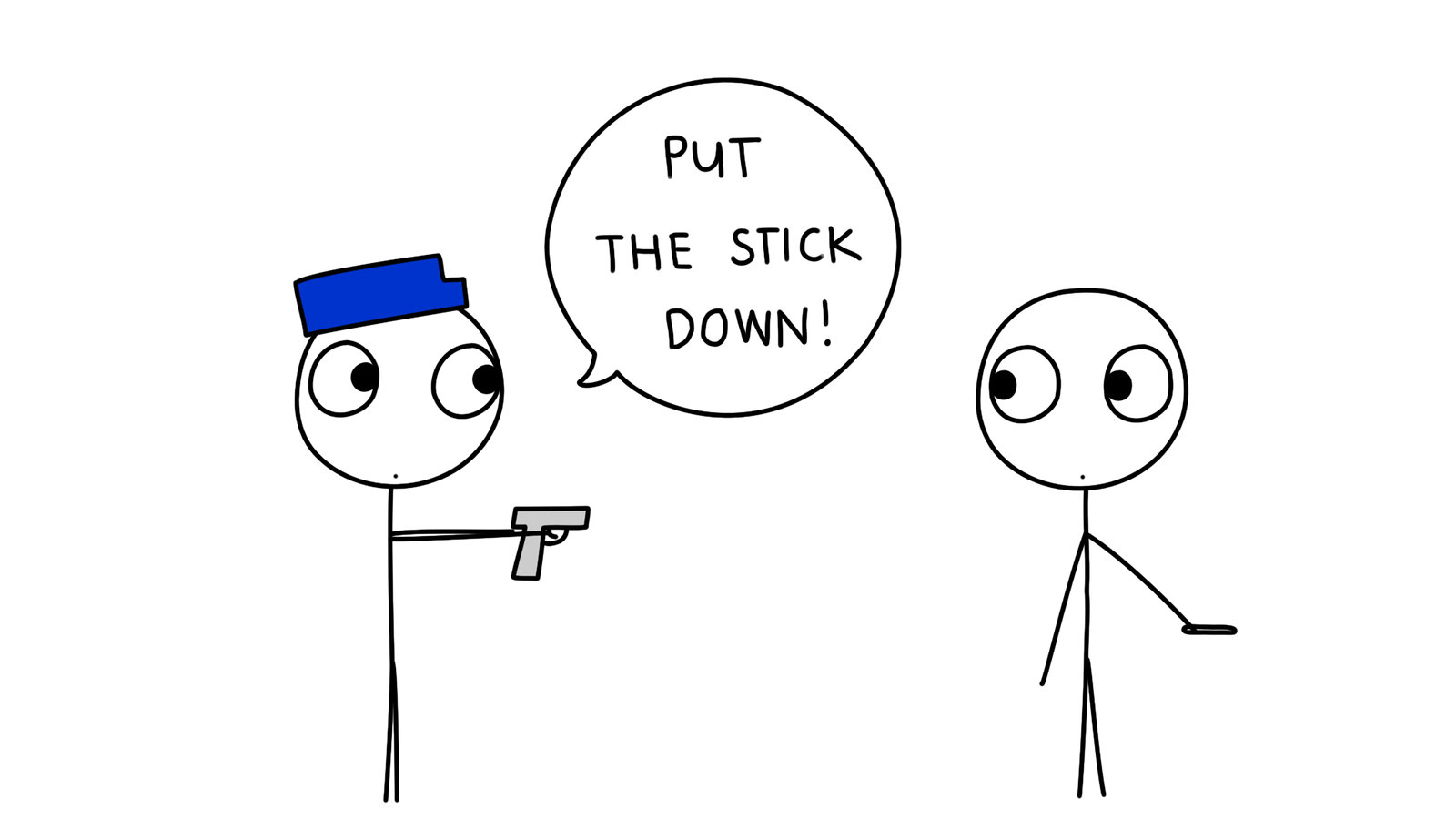 PUT THE STICK DOWN! 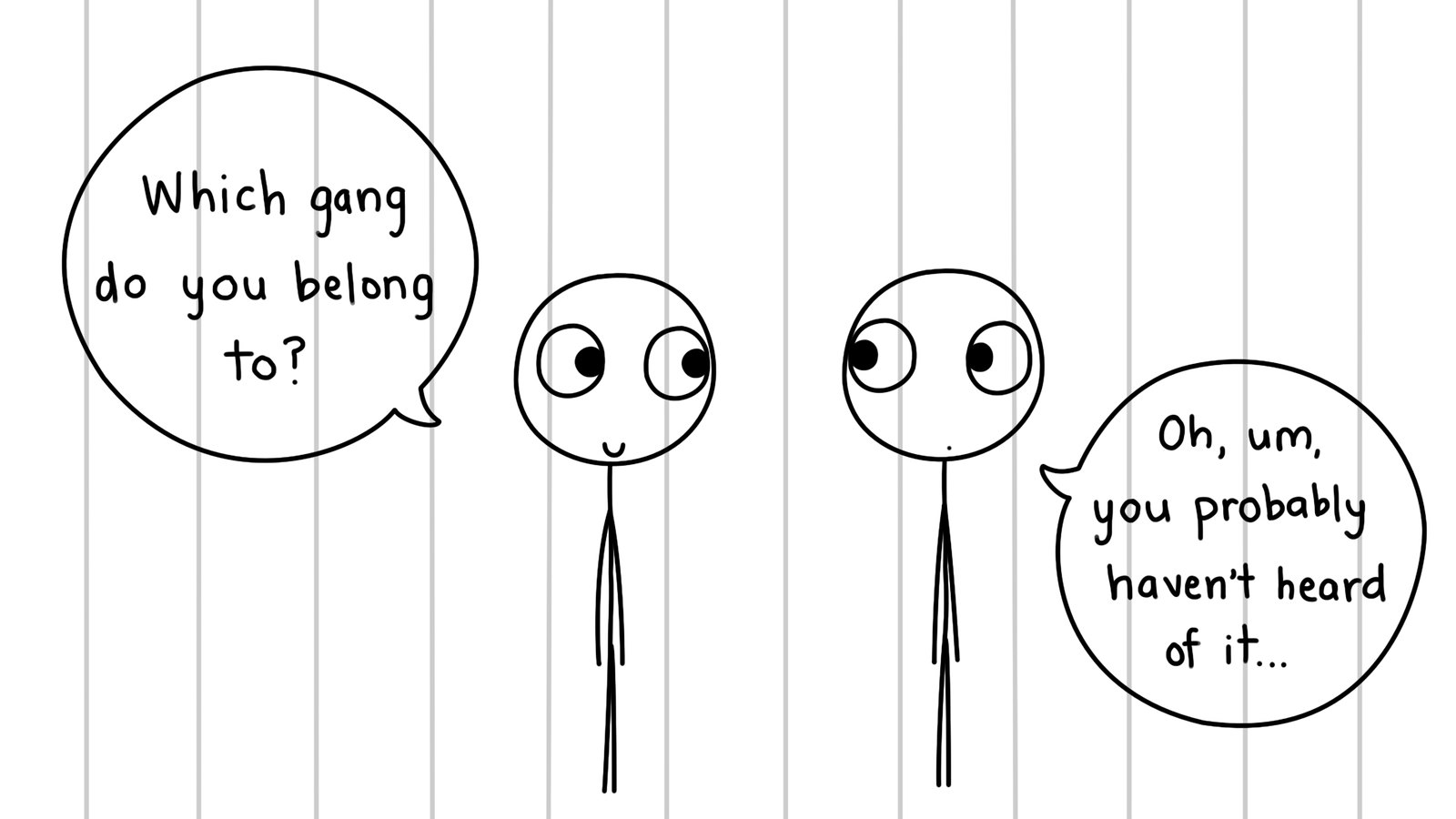 Which gang do you belong to?
Oh, um, you probably haven't heard of it ... 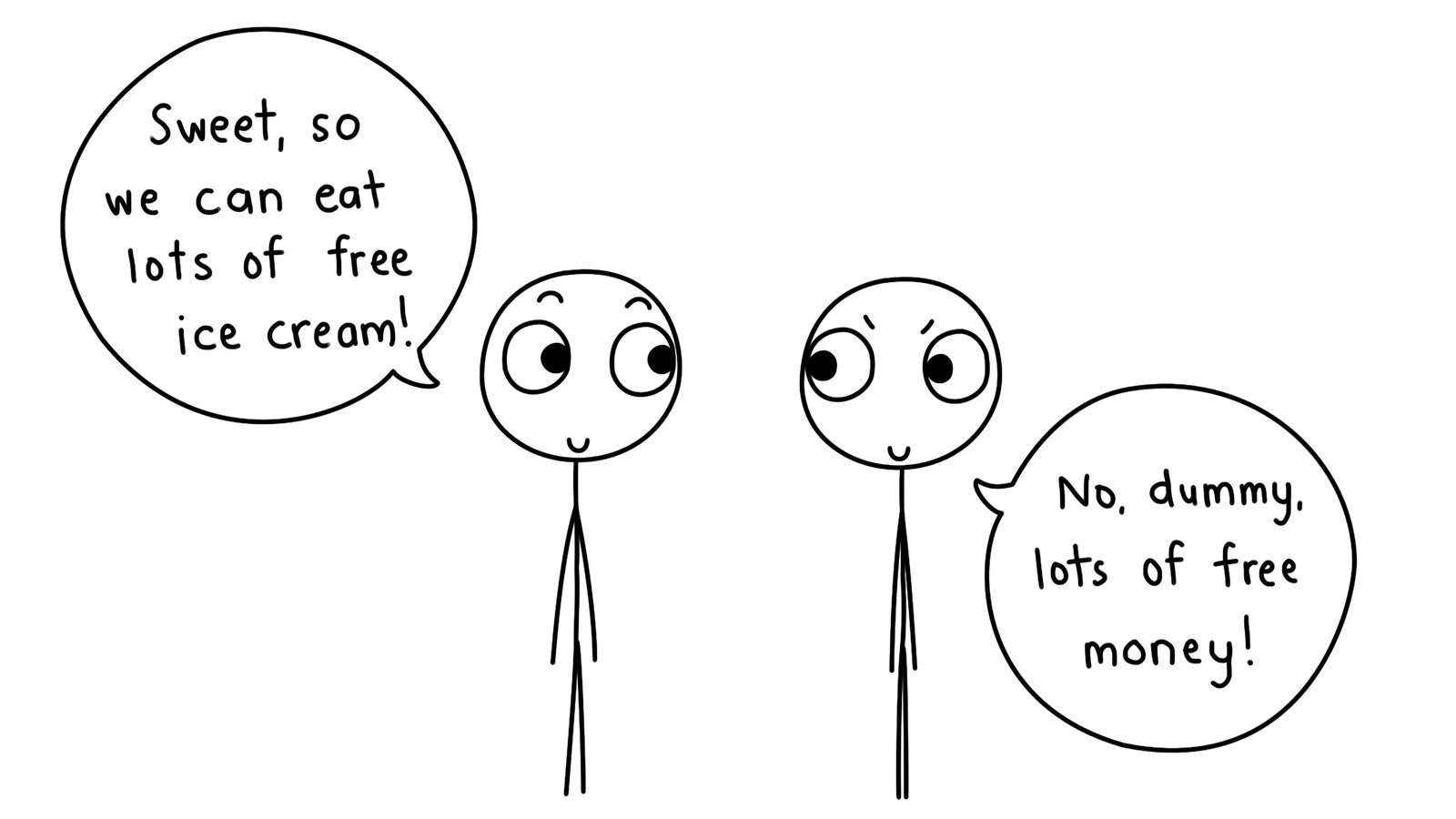 Today's word is purgatory.
Purgatory is a christian concept and I don't know a lot about it, but from what I can gather scanning the Wikipedia page ... If you've been good all your life - like me, of course - then, when you die, you'll go directly to heaven. And if you've been very bad, then you'll go directly to hell. But if you've been mostly good, a little bit bad, then when you die you'll go to a place called purgatory first and then you'll go to heaven after that. And while you're in purgatory you'll go through some kind of purification.
In a non-religious sense, purgatory can be used to describe a situation of temporary suffering. And that's what Zoey means when she says: "I've been exiled from Manhattan. This is my purgatory."
She really loves New York and she wanted to stay there, but she couldn't get a job, so she had to go Bluebell. So she's being dramatic and she calls it her "purgatory".
But George loves Bluebell and so he says: "Well if you consider purgatory to be a place where neighbours take care of each other and every third Tuesday demands a parade. Well, you can call it what you want, but I call it home."

George: Can I offer you a ride, ma'am?
Zoe: Thank you, but I have a strong policy against strangers chopping me up into a million pieces.
George: If it helps, I'm an attorney, not an axe murderer. Just leave that there. I'll get it for you. So, let me guess. New Yorker? I lived in Tribeca for a while when I worked at Cravath.
Zoe: As in Cravath, Swaine and Moore?
George:Yup.
Zoe: What are you doing here?
George: Take it you're not in town for the crawdads, huh?
Zoe: Um, I've been exiled from Manhattan. This is my purgatory.
George: Well, if you consider purgatory to be a place where neighbours take care of each other, and every third Tuesday demands a parade. Well, you can call it what you want, but I call it home.

ESL Video Quiz: #1442 Heart of Dixie
ENDING
And that was The Daily English Show.
A couple of months ago someone suggested we set up a Patreon page. And I'm happy to say, I have finally set that up. So if you'd like to support us through Patreon, please go and check out our Patreon page.
If you haven't heard of Patreon, it's a crowdfunding platform where you can give ongoing support to creators that you like.
You can decide how much you give each month, and you stop at any time.
So that's patreon.com/thedailyenglishshow
If you'd like to support us on Patreon, we'd really appreciate it.
And thank you so much to everyone who's already supported us by giving donations and in so many other ways.
See you tomorrow. Bye!
LINKS
today's news
ENDING FOOTAGE
Today's ending shot was filmed in Aotea Square, Auckland, New Zealand on Friday 11 November 2011.
Show intro
track: Nothing In The Dark  by: Josh Woodward  licence: CC BY 3.0
Stick News intro
track: Pyramid  by: Capashen  licence: CC BY-SA 3.0
sound: static  by: Joel Gerlach  licence: CC0 1.0
video: static  by: REC Room  licence: CC BY 3.0
sound: bell  by: kaonaya  licence: CC0 1.0
Word Of The Day intro
sound: plane  by: Ben Shewmaker  licence: CC BY 3.0
track: Prá Hermeto  by: Ruben Ferrero  licence: CC BY-SA 3.0
Conversations With Sarah intro
sound: bubbles  by: Razzvio  licence: CC BY 3.0
Question Answer intro
sound: chalk  by: thavis360  licence: CC0 1.0
Question Answer + Ending
track:Night Rain by:Darryl Kniffen Licence:CC BY 3.0
photo:Map of the Southern United States by:Roke Licence:CC BY-SA 3.0