Watch on: YouTube  Dailymotion  优酷
#1439 Carly Simon - You're So Vain, No Peas For POTUS, Strategically, Condescending, Apricot
Hi, I'm Sarah, welcome to The Daily English Show.
Today's song is You're So Vain by Carly Simon. This song came out in 1972.
The song's about a lover who is vain. You could also describe him as self-absorbed, or an egomaniac.
The chorus goes:
You're so vain
You probably think this song is about you
What exactly does vain mean?
Vain is an adjective which means: having or showing an excessively high opinion of one's appearance or abilities.
Having self-confidence, loving yourself and believing in yourself is generally seen as a good thing. But if you love yourself too much, if it's excessive, then you might be accused of being vain.
For example, if check your appearance in the mirror sometimes - before you leave the house or when you go to the bathroom - then you're probably not vain.
But if you carry a mirror with you so you can constantly admire your reflection, then you might be vain, like the guy in this song:
You had one eye in the mirror
As you watched yourself gavotte (gavotte is a kind of dance)
And all the girls dreamed that they'd be your partner
they'd be your partner, and
You're so vain
You probably think this song is about you
And remember it's vain, v-a-i-n, not vein, v-e-i-n. Vain and vein have the same pronunciation, they're homophones, but they have different meanings. A vein, v e i n, is a tube that carries blood around your body.

Kia ora in Stick News today the President of the United States of America has announced he prefers guacamole without peas.
Guacamole is avocado-based dip that usually contains things like tomatoes, onions, garlic, lemon or lime juice and chilli pepper.
On Wednesday the New York Times published a recipe called Green Pea Guacamole.
The next day @JGreenDC asked Barack Obama if he agreed with the New York Times about putting peas in guacamole.
The President said on Twitter that although he respected the paper, he wasn't buying peas in guacamole.
And that was Stick News for Friday the 3rd of July.
Kia ora. 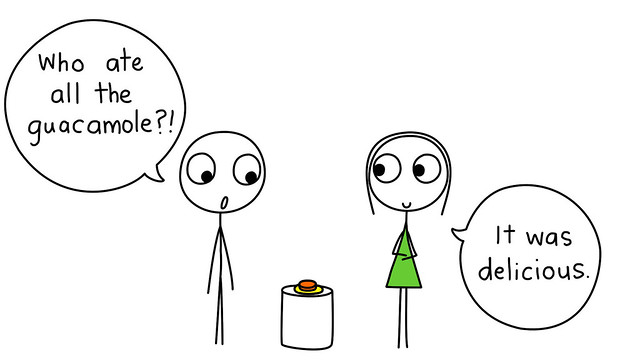 Who ate all the guacamole?!
It was delicious. 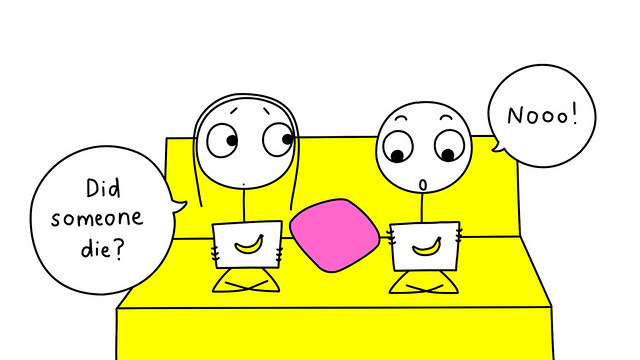 Nooo!
Did someone die? 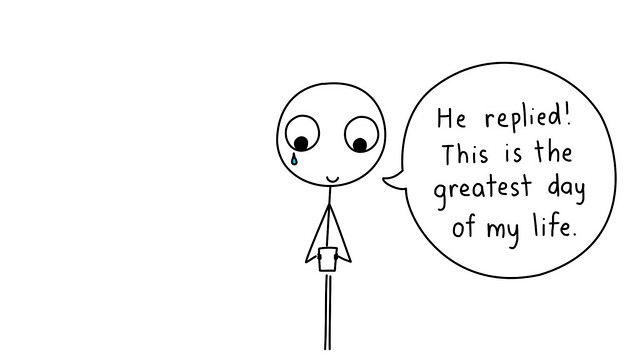 He replied! This is the greatest day of my life. 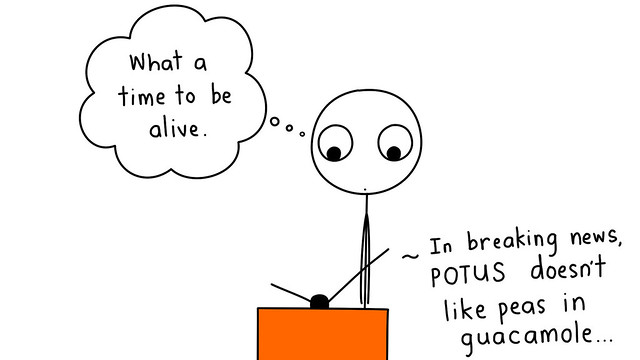 What a time to be alive.
In breaking news, POUTS doesn't like peas in guacamole ...
Drawings on Flickr

Today's word is strategically.
Strategically is an adverb. The adjective is strategic.
If something is strategic, or is done strategically, it means it's part of plan. It's done for a specific purpose; it's not random.
For example, if you put some cushions on the couch and there's no reason behind where you put them, you just randomly put them on the couch, then you wouldn't say they are strategically placed.
But if you had a stain on your couch and so you put a cushion on top of it for the specific purpose of covering the stain up, then you could say it's a strategically-placed cushion.
Today's song starts like this:
You walked into the party like you were walking onto a yacht
Your hat strategically dipped below one eye
So this guy is wearing a hat and he hasn't just randomly shoved it on head. He's placed carefully in a certain way that he think(s) looks cool - strategically dipped below one eye. 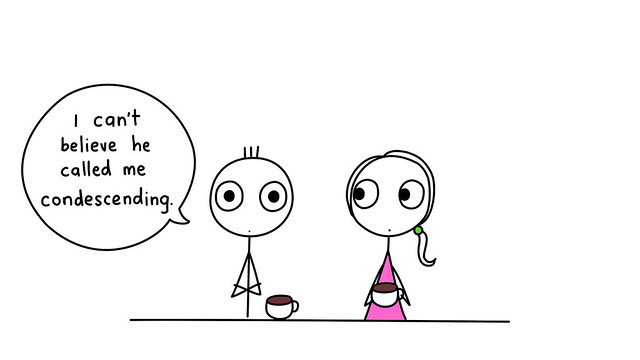 I can't believe he called me condescending. 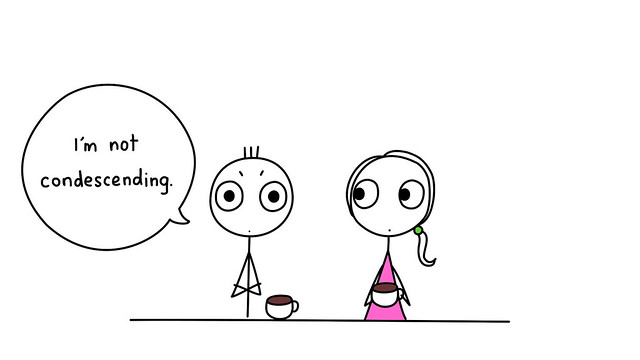 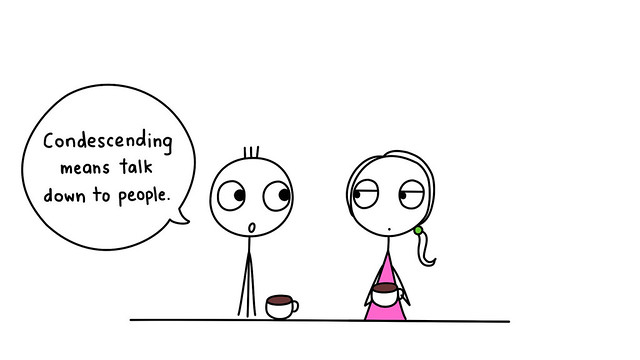 Condescending means talk down to people.

Mike: What are you eating?
Sarah: Apricots. You want some?
Mike: Thanks. I love dried apricots. Is it /ˈeɪprɪkɒt/ or /ˈæprɪkɑːt/?
Sarah: Both. In New Zealand it's /ˈeɪprɪkɒt/, but in America it's /ˈæprɪkɑːt/. That's how she pronounces it in the song.
Mike: Does she sing about apricots?
Sarah: No, not the fruit, the colour apricot. The guy's wearing an apricot-coloured scarf. The line is: Your scarf, it was apricot.
Mike: What colour is apricot?
Sarah: Same as the colour of the fruit.
Mike: This colour?
Sarah: No, fresh apricots. Actually, maybe it's not the same colour as the fruit. Yeah, I think the colour's maybe a bit lighter. The fruit's more kind of orangey and the colour's a bit more pinkish ... maybe. It's hard to describe.