Watch on: YouTube  Dailymotion  优酷
#1432 Kavalier Calm, Attached At The Hip, A Bee In Your Hand, Blackboards From 1917
Hi, I'm Sarah, welcome to The Daily English Show.
Today we're studying a song called "The Only Two Options" by Kavalier Calm.
Kavalier Calm is The People's Bard on YouTube, and Reddit and Kavalier Calm on Sound Cloud and Twitter. He's all over the internet. And I really love what he does. He writes poems and songs for people, such as this one, The Only Two Options.
The song was a response to a post on reddit. Someone posted an image using overly attached girlfriend in the advice animals subreddit. If you're thoroughly confused by that last sentence, please check the script for today's show - we link to everything.
Kavalier Calm's song starts like this:
Me and my girl are attached at the hip;
we ain't so good for each other, but we can't quit.
Attached at the hip is an idiom which means that two people spend a lot of time together so it seems like they're always together. You can also say joined at the hip or inseparable.
The end of the song goes like this:
So we better figure it out, baby,
'cause an early grave don't sound good to me
Can you guess what an early grave is?
An early grave means a premature or untimely death.
If you live until you're 85 and then you die of heart attack, then you probably wouldn't call that an early grave. But if you were killed in your 20s by your crazy lover, then that could definitely be described as an early grave.

Kia ora in Stick News today contractors doing renovations at a school in the US discovered blackboards that have been untouched for almost one hundred years.
Emerson High School in Oklahoma City recently hired contractors to install new whiteboards and smartboards.
When the contactors removed the old blackboards, they discovered another set of boards underneath.
The blackboards hadn't been touched since 1917.
The old boards contained lessons about maths, reading, music, handwriting, personal hygiene, pilgrims, and God.
And that was Stick News for Friday the 19th of June.
Kia ora. 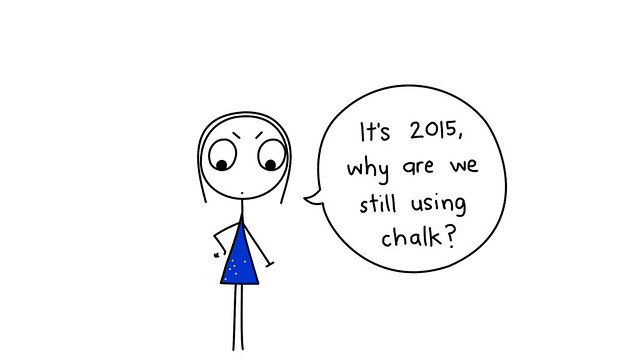 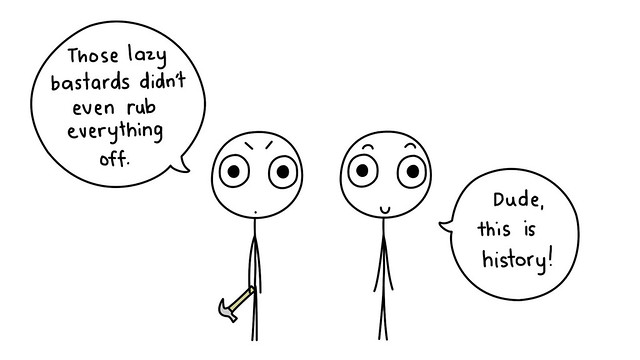 Those lazy bastards didn't even rub everything off.
Dude, this is history! 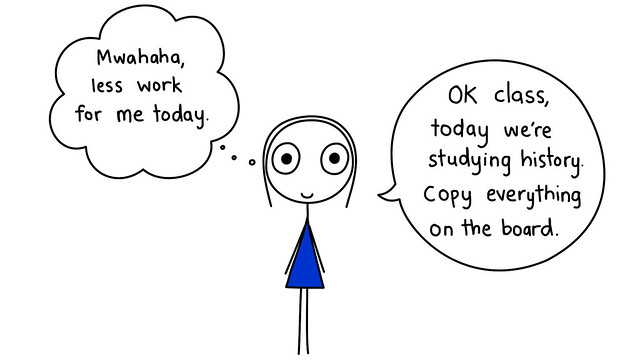 Mwahaha, less work for me today.
OK class, today we're studying history. Copy everything on the board. 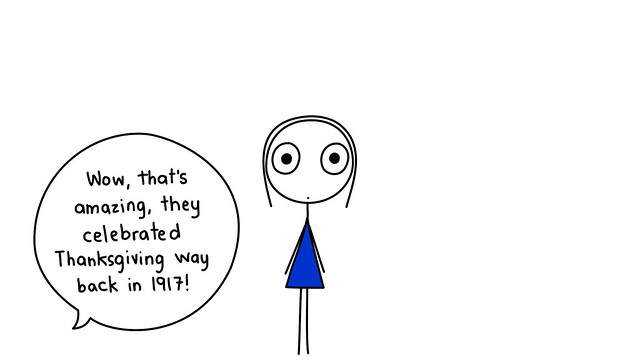 Wow, that's amazing, they celebrated Thanksgiving way back in 1917!
Drawings on Flickr

Today's word is destined.
This is from today's song:
Some love is destined to be full of pain;
but both parties want it just the same.
Destined is an adjective you can use when something seems certain to happen.
For example, here's a headline from The Telegraph:
The MP candidates who are destined to fail
The article's about candidates who the author says are certain to fail. 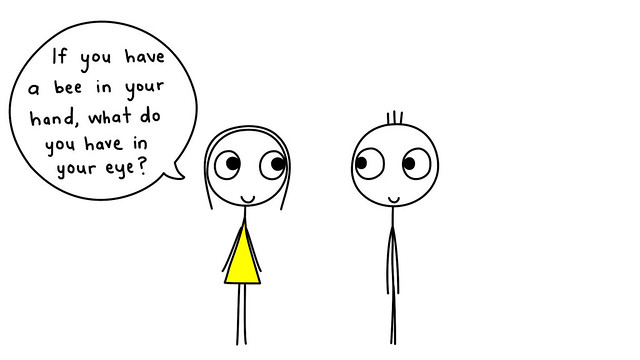 If you have a bee in your hand, what do you have in your eye? 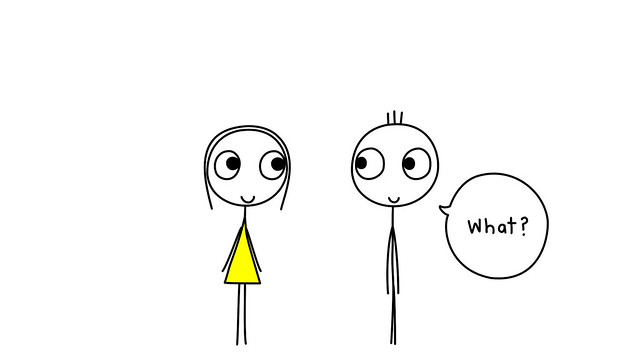 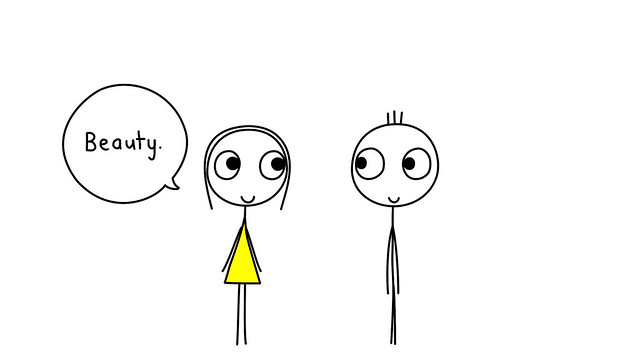 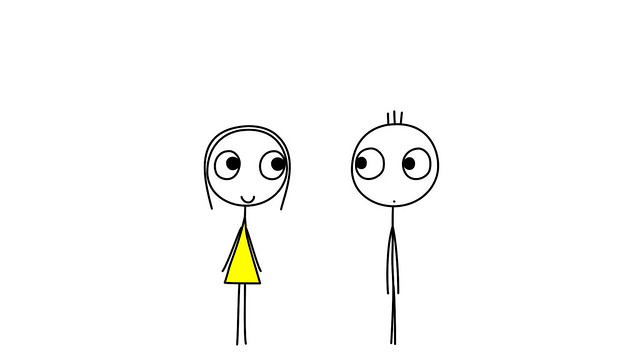 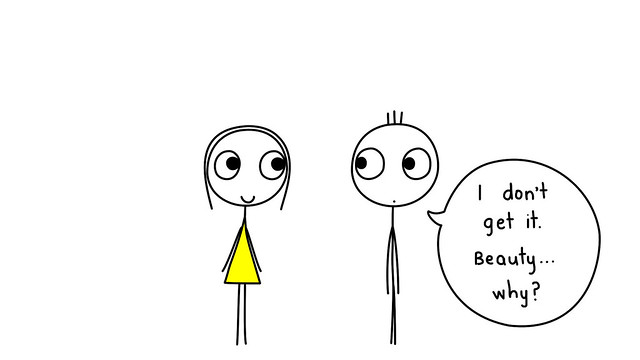 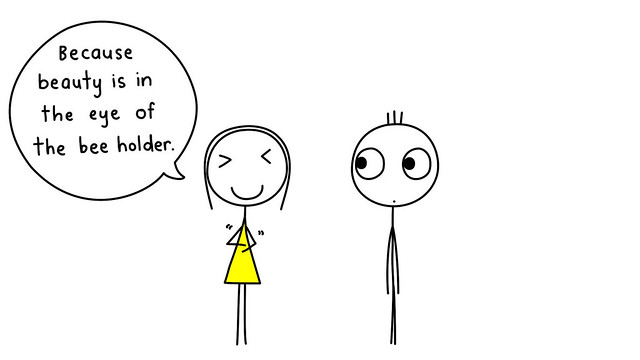 Because beauty is in the eye of the bee holder.