Watch on: YouTube  Dailymotion  优酷
#1418 FourFiveSeconds, Had Enough, Wildin', Spaz, Waffle Assault, Optimist, Job Interview
Hi, I'm Sarah, welcome to The Daily English Show.
Today we're studying the song FourFiveSeconds by Rihanna, Kanye West and Paul McCartney. This song was released in January this year.
The song starts out with Rihanna singing this:
I think I've had enough
I might get a little drunk
Have had enough of somebody or something is an idiom.
This is the Concise Oxford's definition: used when sth/sb is annoying you and you no longer want to do, have or see it or them.
And the example they give here is: I've had enough of driving the kids around.
In the song, Rihanna doesn't say specifically what she's had enough of, so that's up to the interpretation of the listener.
Maybe she's tired of dealing with a situation at work or maybe she's fed up with issues she's having in a relationship.
The chorus of the song starts like this:
Now I'm Four Five Seconds from wildin'
And we got three more days 'til Friday
I'd never heard of the word wildin' before I heard this song. But it's pretty easy to guess what it means from the context of the song.
And there's an entry in Urban Dictionary from 2003, so it's not a word they made up for the song. The Urban Dictionary definition is: to go crazy, to do something extreme.
So Rihanna's saying that she's had enough of dealing with something and she's about to go crazy - and it's only Tuesday so she has to wait three more days until it's Friday night and she can party.
Kanye is also close to going crazy and one of his lines is: Hold me back, I'm 'bout to spaz.
Spaz is a slang verb which means to go crazy or to have a fit.
It can also be used as a noun to mean a stupid or incompetent person.
This word reminds me a bit of my childhood, because I don't think I've really heard it since then. But I think it was a pretty common insult to say to someone when I was a child, like: You're such a spaz!, meaning: You're so stupid.
So the word spaz sounds a bit childish and old-fashioned to me. And I looked it up and I was interested to see that the word has different meanings and quite different levels of offensiveness in the US and the UK. It seems like in the US, it's not really an offensive word, it's kind of like nerd or geek. But in the UK, it's quite offensive.
An example I found in Wikipedia was a comment made by Tiger Woods in 2006. After he lost a game, he said: "I was so in control from tee to green, the best I've played for years ... but as soon as I got on the green I was a spaz."
Apparently this comment was fine in the US, but in the UK people were upset about it and Tiger Woods ended up apologising.

Kia ora in Stick News today a man was arrested for assaulting his wife with a waffle.
On Monday night a woman in Massachusetts in the United States made waffles for dinner for her husband.
Her husband wasn't happy with the meal and the couple began fighting.
The husband said that waffles and syrup are unhealthy. He was so angry he slapped his wife across the face with a waffle.
The man was arrested on charges of assault and battery with a dangerous weapon, the waffle.
And that was Stick News for Friday the 24th of April.
Kia ora. 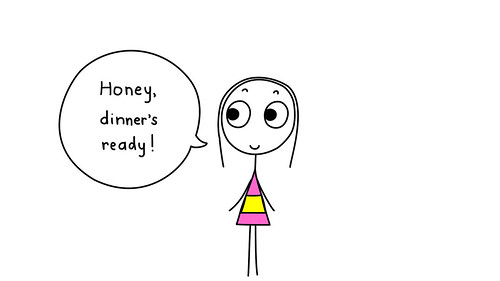 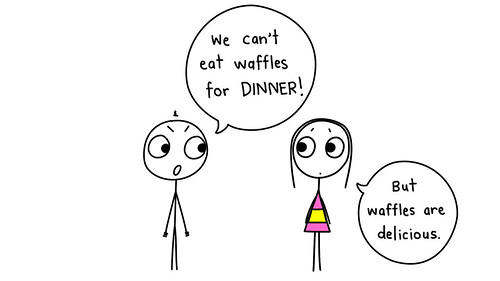 We can't eat waffles for DINNER!
But waffles are delicious. 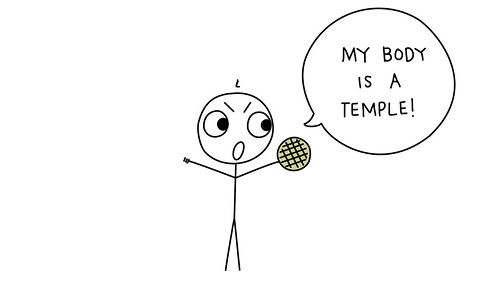 MY BODY IS A TEMPLE! 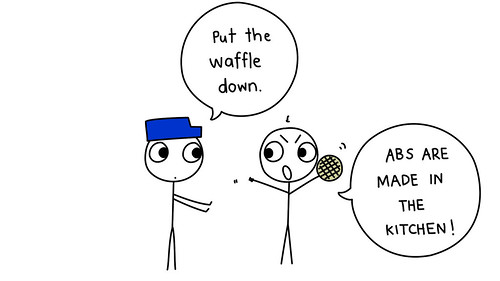 Put the waffle down.
ABS ARE MADE IN THE KITCHEN!
Drawings on Flickr 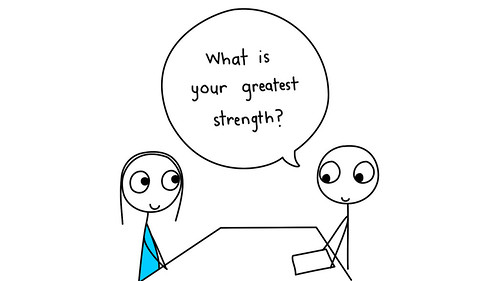 Tina went to a job interview and the interviewer asked her: "What is your greatest strength?" 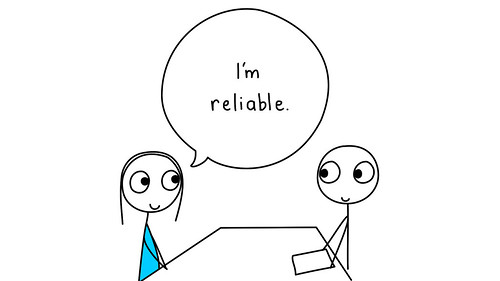 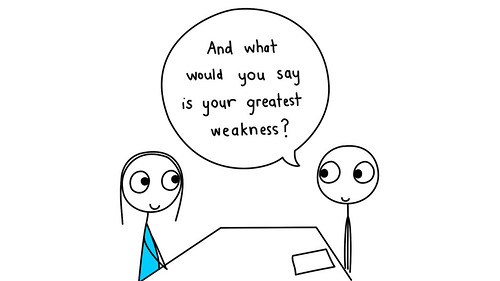 Next, the interviewer asked her: "And what would you say is your greatest weakness?" 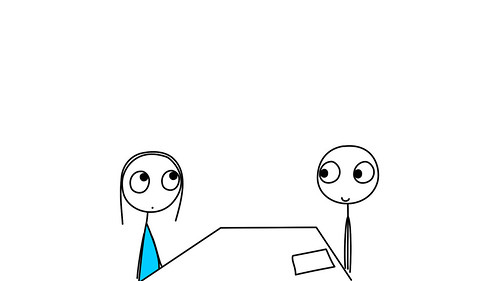 Tina thought for a moment and then answered 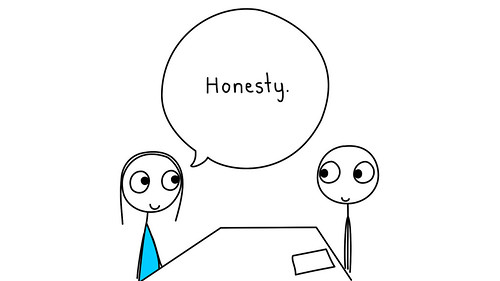 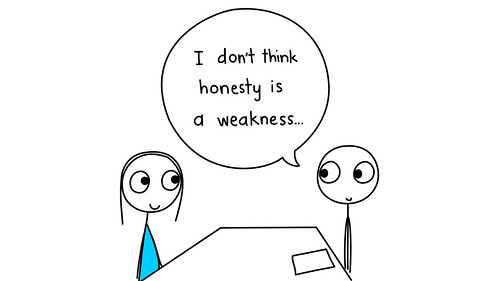 The interviewer said: "I don't think honesty is a weakness." 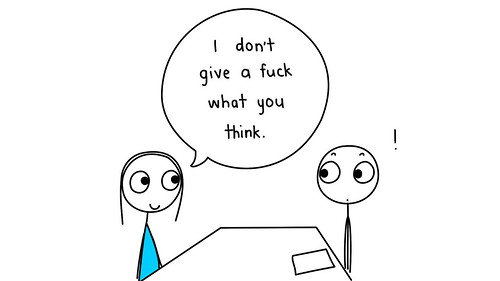 And Tina replied: "I don't give a fuck what you think."

John: Is spaz short for something?
Sarah: Yeah, it's short for spastic.
John: What does spastic mean?
Sarah: Well, it is a medical term, something to do with when you can't control your muscles. And informally, it's an offensive word for a disabled person.
John: Like retard?
Sarah: Yeah, although retard is someone who's mentally handicapped and spastic is someone who's physically disabled. But I don't recommend you ... using either of those words.

ESL Video Quiz: #1418 Comprehension
ENDING
And that was The Daily English Show.
Thank you for watching - and thank you so much to the people who've been helping spread the word about The Daily English Show by retweeting, commenting, plus 1ing ... maybe a few more verbs that I can't think of right now.
I hope you enjoyed today's show and I hope you're having an excellent day.
See you tomorrow. Bye!
ENDING FOOTAGE
Filmed on Sunday 19 April 2015 in the Auckland Domain, Auckland, New Zealand looking towards the Auckland War Memorial Museum.
LINKS