Watch on: YouTube  Dailymotion  优酷
#1414 The O.C. - Find The Stud, iPhone Vs Android Fight, Tool
Hi, I'm Sarah, welcome to The Daily English Show.
Today we're studying a scene from a TV show called The O.C.
The O.C. is an American teen drama that originally aired from 2003 to 2007. I am a fan of The O.C. - especially the characters in today's scene Seth and Summer.
O.C. stands for Orange County which is a place in California.
In the scene we're studying Seth and Summer are decorating a bedroom - putting pictures up, stuff like that - and Seth doesn't know much about using tools because he's more into playing video games than making stuff with tools.
And when he's using a hammer, he accidentally bangs a hole in the wall and Summer says to him: "You have to find the stud."
A stud is a piece of wood inside a wall that gib board is attached to ... well, we call it gib board here in New Zealand, in other places it's called things like drywall or plasterboard.
If you're going to hammer something into the wall, you need to find the stud because gib board is just paper and plaster so it won't really hold anything.
Stud has several other meanings. It can also be used to describe a man that is attractive or who's had a lot of sexual partners.
So when Summer says to Seth, "You have to find the stud", he replies jokingly: "You mean like you did, Summer?"
And Summer says: "Just get me the stud finder."
This is a stud finder. Summer also asks Seth to get a level. This a level.
Level is another word that has many meanings. If you've ever played video games you'll know that games have different levels.
And when Summer says to Seth, "Don't you know what a level is?", he says: "Yeah, it's something that you advance to in a video game."

Kia ora in Stick News today an iphone vs android argument ended with two men stabbing each other.
The Apple iPhone and Samsung Galaxy are two of the most popular smartphones in the world.
Last week two flatmates in Oklahoma in the United States started arguing about which phone was better.
The argument escalated and the two men stabbed each other with broken beer bottles.
A local news reporter said police believe alcohol played a big role in the fight.
And that was Stick News for Monday the 20th of April.
Kia ora. 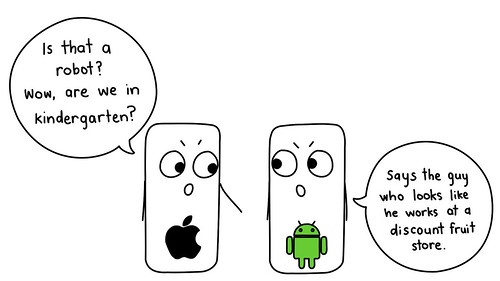 Is that a robot? Wow, are we in kindergarten? 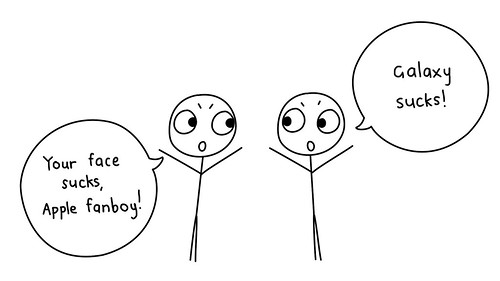 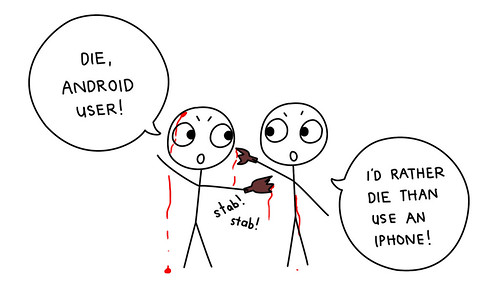 DIE, ANDROID USER!
I'D RATHER DIE THAN USE AN IPHONE!
stab! stab! 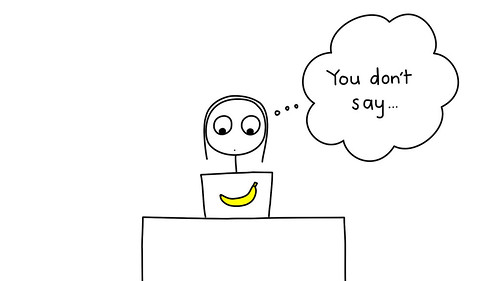 Today's word is tool.
I have some tools. This is a hammer, a stud finder, a level, a screwdriver and a drill.
Tool is also another word for an idiot or a loser.
If you don't like someone, if you think they're a douchebag or a poser, you might say to your friend: Ugh, that guy is such a tool.
And Summer jokingly calls Seth a tool. She says: "That's funny. The tool doesn't know about tools."
Another TV show that I've seen make a joke using the word tool is Outrageous Fortune. Two guys on the show started a business called Tool Guys and they got some shirts made and one of them wore a shirt saying tool and the other one wore the shirt saying guys. So it was funny because one of the guys was labeling himself a tool, or an idiot, without realizing it.

Summer: You have to find the stud.

Summer: Mmm-hmm. Just get me the stud finder.

Seth: Oh, Summer. I think you are the stud finder.

Summer: You see this hammer in my hand?

Seth: Yeah, I'm gonna find that stud finder. What does it look like?

Summer: And the level.

Seth: What is a level?

Summer: Don't you know what a level is?

Seth: Yeah, it's something that you advance to in a video game.

ESL Video Quiz: #1414 Comprehension
ENDING
And that was The Daily English Show.
I have some good news to share with you. If you haven't already heard, The Daily English Show is once again available as a video podcast. The sites we used to use to host our videos for the podcast no longer exist, so that's why our feed stopped working for a while.
But we've set it up again, this time using archive.org and it seems to be going well so far. So if you'd like to subscribe to the show as a podcast, you can download the videos with one of these feeds:
feeds.thedailyenglishshow.com/podcast
feeds.thedailyenglishshow.com/podcasthd
And hopefully one of them will work with your device. HD is better quality but the file size is a bit bigger, so you can choose which one suits you.
Also, if you'd like to download mp3s of the show and just listen to it, you can do that. Please subscribe to this feed:
feeds.thedailyenglishshow.com/podcastaudio
For more information about the podcasts, please go to: thedailyenglishshow.com/podcast
See you tomorrow. Bye!
NOTES
Today's conversation is from Season 1 Episode 24 of The O.C.
ENDING FOOTAGE
The ending shot was filmed at Manu Bay, Raglan, New Zealand on Tuesday 5 March 2013. Full video from that day.
LINKS
today’s news
fanboy - Wiktionary
How to pronounce Samsung in Korean
Samsung - Forvo
Oklahoma - Forvo
Show intro
track: Nothing In The Dark  by: Josh Woodward  licence: CC BY 3.0
Stick News intro
track: Pyramid  by: Capashen  licence: CC BY-SA 3.0
sound: static  by: Joel Gerlach  licence: CC0 1.0
video: static  by: REC Room  licence: CC BY 3.0
sound: bell  by: kaonaya  licence: CC0 1.0
Word Of The Day intro
sound: plane  by: Ben Shewmaker  licence: CC BY 3.0
track: Prá Hermeto  by: Ruben Ferrero  licence: CC BY-SA 3.0
Conversations With Sarah intro
sound: bubbles  by: Razzvio  licence: CC BY 3.0
Question Answer intro
sound: chalk  by: thavis360  licence: CC0 1.0
Question Answer + Ending
track: Sonnymore / Ralph's Blues by: The James Quintet licence: CC BY-SA 3.0
Stud photo by Vivid Image licence: CC BY 2.0