Watch on: YouTube  Dailymotion  优酷
#1410 Onism, Dormant, Baggage Handler Naps In Cargo Hold, Assume
Hi, I'm Sarah, welcome to The Daily English Show.
Do you know what onism means? Well, if you look it up in a dictionary, you won't find a definition there, because it's a word that's been made up recently by a guy called John who has a site called The Dictionary of Obscure Sorrows.
It's a dictionary of words that he's invented to describe emotions that we might all feel but don't yet have a word for in English.
Some of the words just have written entries, and some of them have videos to go along with them.
And today we're studying the video that explains the word onism which is: the awareness of how little of the world you'll experience.
And in the video he describes a feeling of wanting to experience more of the world, but knowing that that isn't going to happen.
In the video he lists things that you might think about and be sad that you won't experience. Here are some of them:
all the things you haven't done and may never get around to doing
all the destinations you didn't buy a ticket to
all the lights you see in the distance that you can only wonder about
all the fantasies that stay dormant inside your head
Dormant means temporarily inactive. So, if a volcano is dormant it means it's not spewing out lava at the moment, but it's possible that it will in the future.
If your fantasies are dormant it means you are not acting on them at the moment. They're just staying as fantasies inside your head and you're not doing what you're dreaming about.
So, do you think you've ever felt onism?

Kia ora in Stick News today a man fell asleep in a baggage compartment of a plane.
On Monday in the United States a flight left Seattle heading for Los Angeles.
Soon after take off passengers heard a banging sound and the captain immediately returned to Seattle and declared an emergency landing.
After landing a ramp agent emerged from the front cargo hold and told authorities he had fallen asleep.
The sleepy employee wasn't injured and the airline says they are investigating the matter.
And that was Stick News for Thursday the 16th of April.
Kia ora. 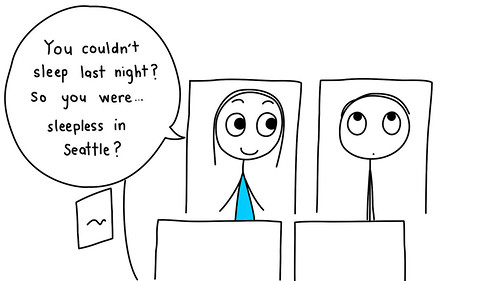 You couldn't sleep last night? So you were ... sleepless in Seattle? 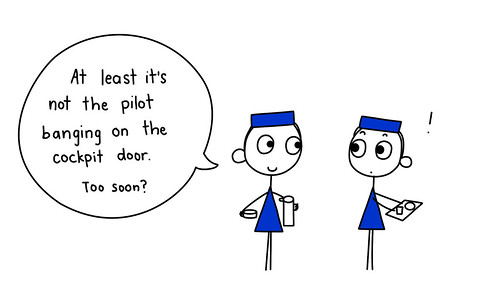 At least it's not the pilot banging on the cockpit door.
Too soon? 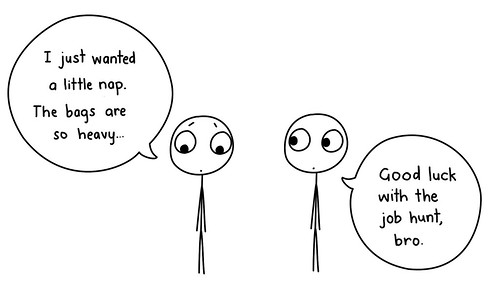 I just wanted a little nap. The bags are so heavy.
Good luck with the job hunt, bro. 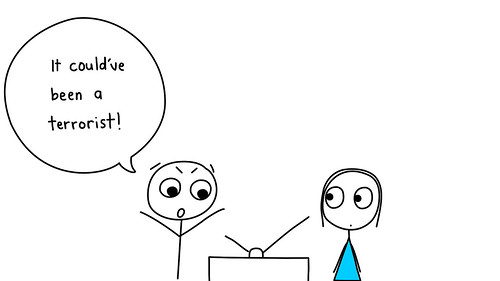 Today's word is assume.
To assume means to accept as true without proof.
This word is used twice in today's video. Firstly when he's talking about things that you might think about and be sad that you won't experience, he says: the questions that you wrongly assumed were unanswerable.
I think he means that there were some questions that you assumed - you thought - couldn't be answered. But you were wrong, actually they could be answered and you will miss out on finding out the answers.
The verb is assume and the noun is assumption.
He also says this in the video: It's strange how little of the universe we actually get to see. Strange how many assumptions we have to make just to get by, stuck in only one body, in only one place at a time.
When he says we have to make assumptions just to get by, I think he means that we have to believe that certain things are true to live our lives, even though we don't know for sure, because there's no way we can know all the facts, because there's a limit to what we can experience.

Sarah: Did you watch the video?
Levi: Yeah. It's kind of inspiring and depressing at the same time.
Sarah: Mmm. It's beautifully edited. So, have you ever felt onism?
Levi:Yeah, I think so. I know I'll never be able to go to all the countries I want to visit.
Sarah: Yeah, me too.
Levi: It would be awesome to have an unlimited supply of money and travel the world.
Sarah: Mmm maybe. But on the other hand, if you did, and spent your whole life travelling, then you'd miss out on other experiences.