Watch on: YouTube  Dailymotion  优酷
#1404 Taylor Swift - Starbucks Lovers?, Blurred Lines Lawsuit, Reckless, New Money
Hi, I'm Sarah, welcome to The Daily English Show.
Today we're studying the song Blank Space by Taylor Swift. This song was released in November last year. In the song Taylor Swift is making fun of the reputation that she has in the media.
Her reputation in the media is that she dates a lot of guys, but only for a short time because she's so emotional and needy and then she gets her heart broken and she writes songs about it for revenge.
So she's mocking this reputation in the song.
For example she says:
Got a long list of ex-lovers
They'll tell you I'm insane
When I first heard this line - got a long list of ex-lovers - I thought it was something about Starbucks lovers. Something like: Got to love those Starbucks lovers. And I was picturing a couple in Starbucks falling in love over coffee.
And from comments I've read online it seems like a lot of people thought it was "Starbucks lovers" at first. But no, it's: Got a long list of ex-lovers.
Another line in the song is:
So it's gonna be forever
Or it's gonna go down in flames
To go down in flames is an idiom which means to fail spectacularly.
So if you broke up with your boyfriend and you had a calm discussion and you said, "Hey, this isn't working out, let's break up." Then that wouldn't be going down in flames.
But if you had a huge fight, cut up his clothes and then smashed up his car with a golf club ... you could say the relationship went down in flames.

Kia ora in Stick News today a jury has ordered the Blurred Lines songwriters to pay 7.3 million dollars to the family of Marvin Gaye.
In 2013 a song called Blurred Lines was released. It was produced by Pharrell Williams and performed by Pharrell, Robin Thicke and TI.
Blurred Lines was huge success worldwide and is one of the best-selling singles of all time.
Blurred Lines sounds similar to the 1977 song Got to Give it Up by Marvin Gaye.
Marvin died in 1984. Recently his children sued Pharrell and Robin Thicke for copyright infringement.
In court Pharrell agreed the songs had a likeness but said he was channelling a late-70s feeling - and it wasn't plagiarism.
Robin Thicke said he was high during the songwriting process and that Pharrell wrote most of the song.
On Tuesday a jury ordered Robin Thicke and Pharrell Williams to pay $7.3 million to the family of Marvin Gaye for copyright infringement.
After the verdict Marvin Gaye's daughter told reporters she felt free from the chains of Pharrell and Robin Thicke.
And that was Stick News for Friday the 13th of March.
Kia ora. 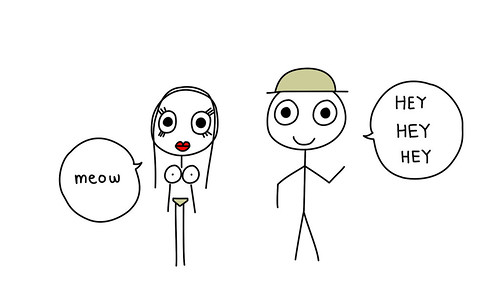 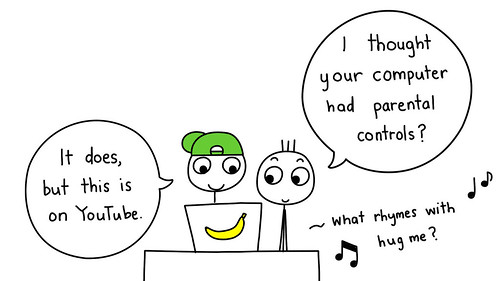 I thought your computer had parental controls?
It does, but this is on YouTube.
What rhymes with hug me? 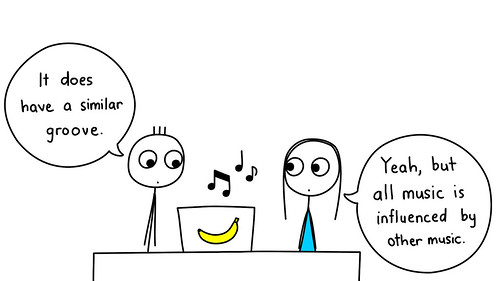 It does have a similar groove.
Yeah, but all music is influenced by other music. 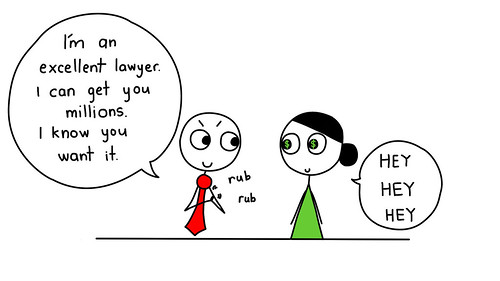 I'm an excellent lawyer. I can get you millions. I know you want it.
HEY HEY HEY. 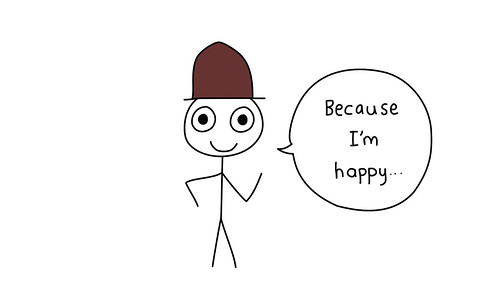 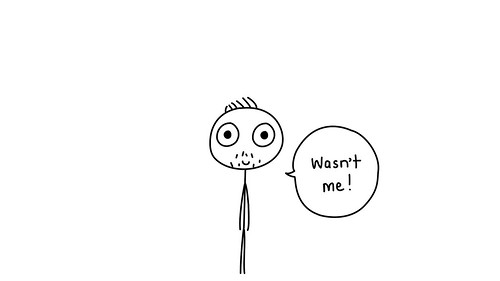 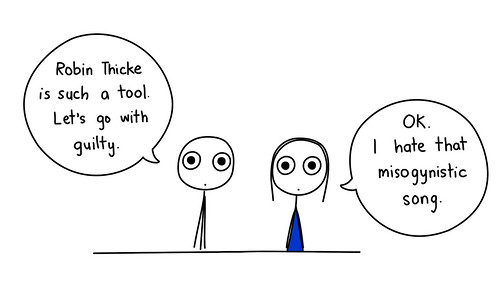 Robin Thicke is such a tool. Let's go with guilty.
OK. I hate that misogynistic song. 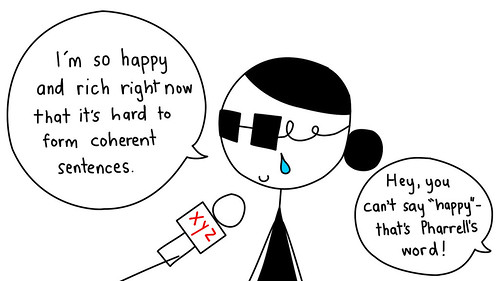 Today's word is reckless.
Reckless means: without thought or care for consequences of an action.
In today's song, Taylor Swift sings:
Cause we're young and we're reckless
We'll take this way too far
She means that because they're young and they don't think deeply about their actions, they won't be careful enough in their relationship.
These words have a similar meaning to reckless: rash, careless, thoughtless, impulsive, hasty. 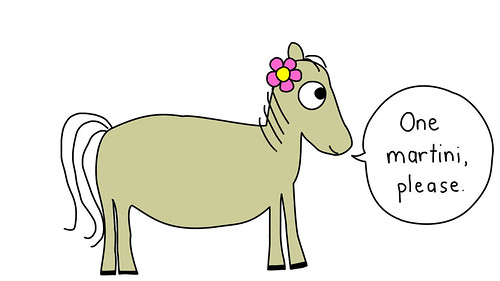 A pony walks into a bar and orders a drink.
"One martini, please." 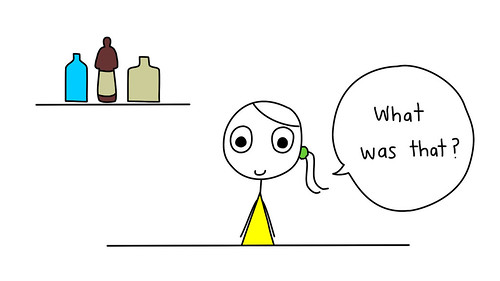 The bartender says: "What was that?" 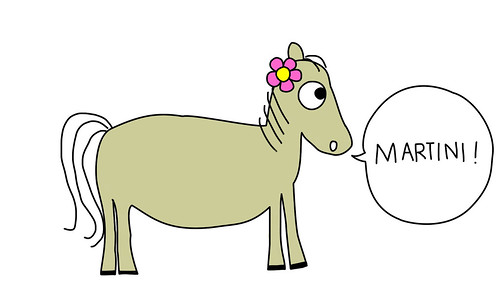 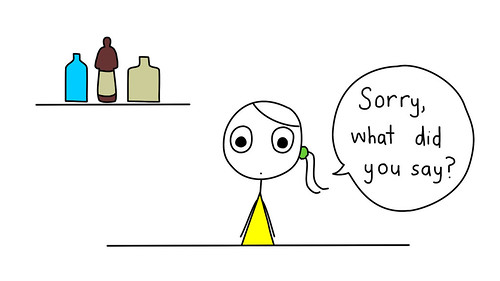 but the bartender still can't catch what the pony is saying.
"Sorry, what did you say?" 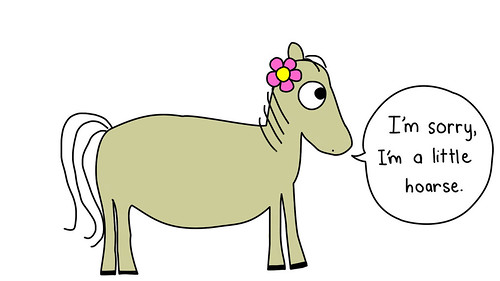 Bob: What does "new money" mean?
Sarah: From the song? New money, suit & tie I can read you like a magazine.
Bob: Yeah, what's she talking about?
Sarah: Well "new money" means that you got rich recently, by yourself, as opposed to "old money" which means that you come from a rich family. Or a family that's been wealthy going back several generations.
Bob: So she thinks the guy is "new money"?
Sarah: Yeah. And I think the point is that, if you use phrases like "new money" and you judge people based on their clothes then it means you're kind of shallow and materialistic. So she's making fun of the media image of her that her relationships are shallow and based on appearances.