Watch on: YouTube  Dailymotion  优酷
#1402 How To Reply To Thank You, Selfie Stick Ban, Gumboot, Sweet As
Hi, I’m Sarah, welcome to The Daily English Show.
This is a picture of some lettuce.
Do you know how to spell lettuce?
Today’s mistake comes from a sign I saw in front of the vegetable store near the place I used to live. 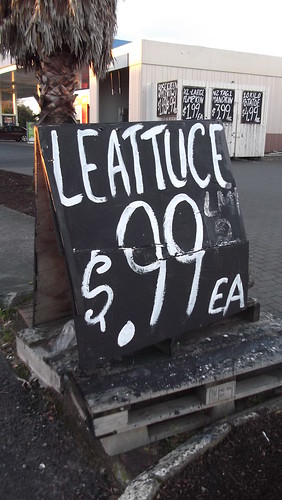 Can you spot the mistake? That’s right. There’s no a in lettuce.

Last week I was browsing Pinterest and I came across some really nice images for learning English. They were from a site called The English Student. And that’s the site that I recommend you check out today - theenglishstudent.com
I think it’s really well organized into different sections like slang, idioms, grammar and I really like the illustrations and the clear explanations that go along with them.
This is an illustration from the site. It’s a list of examples of how you can respond when someone says: Thank you. 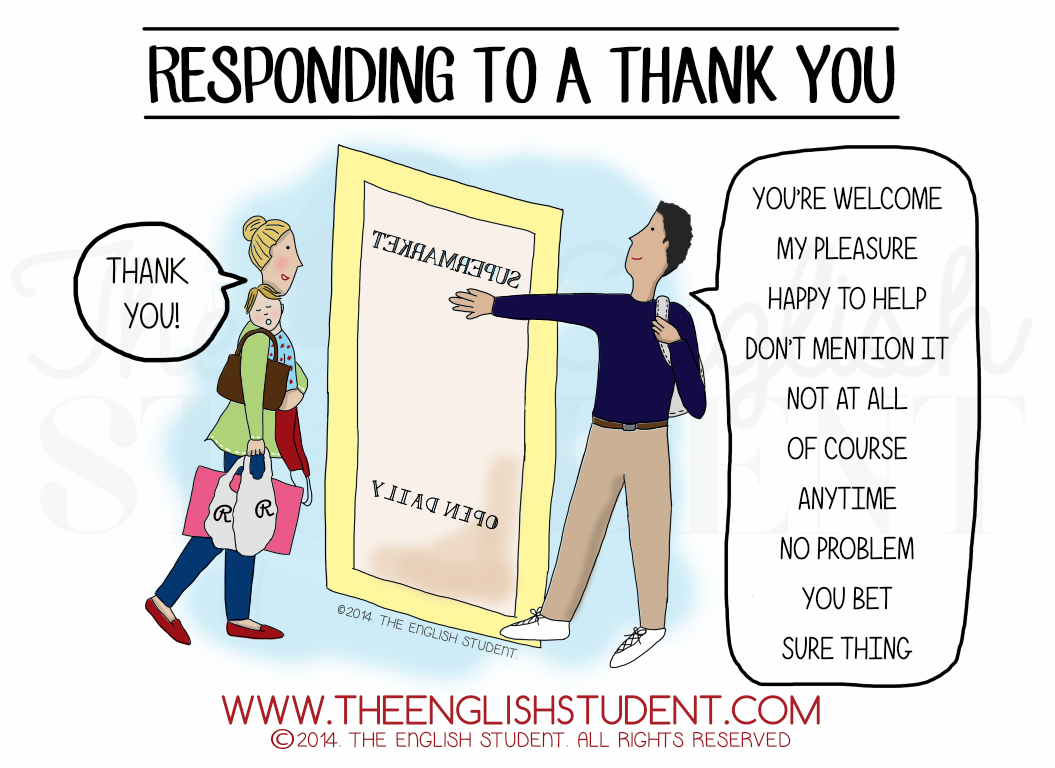 You’re welcome. My pleasure. Happy to help. Don’t mention it. Not at all. Of course. Anytime. No problem. You bet. Sure thing.
I usually say: You’re welcome. Or one that’s not on this list: No worries.
How about you - what’s your favourite way to respond to: Thank you?

Kia ora in Stick News today the Gallery of Modern Art in Brisbane, Australia has banned selfie sticks.
These days, there’s no value in doing anything unless you post a photo of yourself doing it
- or appearing to be doing it - on social media.
Many aspiring famous people carry a smartphone monopod - or selfie stick - everywhere they go.
Several museums have now banned selfie sticks including the Gallery of Modern Art in Brisbane.
The abc quoted a local as saying: "It could be a problem for some people but for the majority, yeah, I think it's not a big problem."
And that was Stick News for Wednesday the 11th of March.
Kia ora. 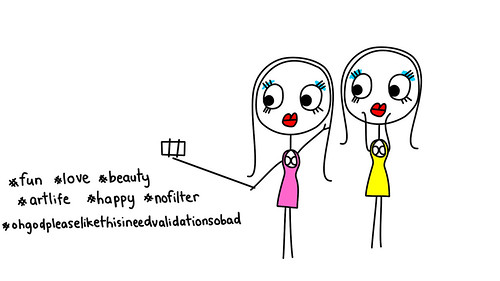 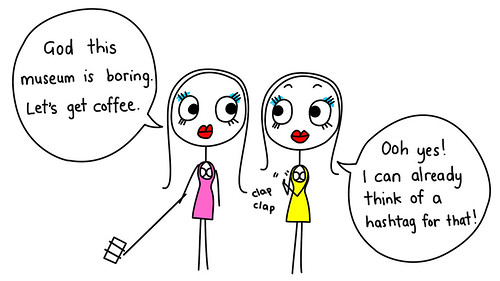 God this museum is boring. Let’s get coffee.
Ooh yes! I can already think of a hashtag for that! 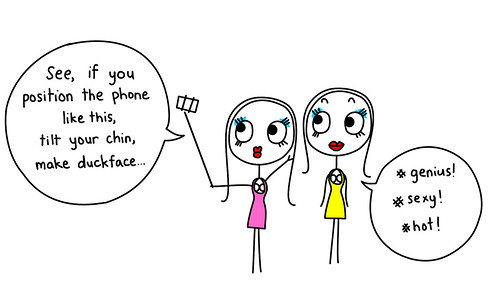 See if you position the phone like this, tilt your chin, make duckface ...
#genius! #sexy! #hot! 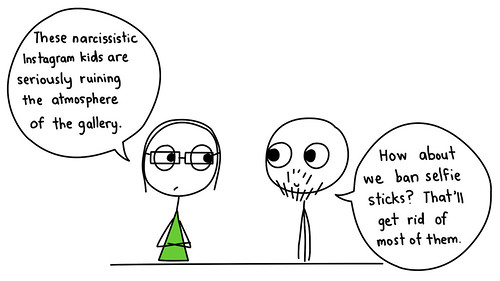 These narcissistic instagram kids are seriously ruining the atmosphere of the museum.
How about we ban selfie sticks - that’ll get rid of most of them. 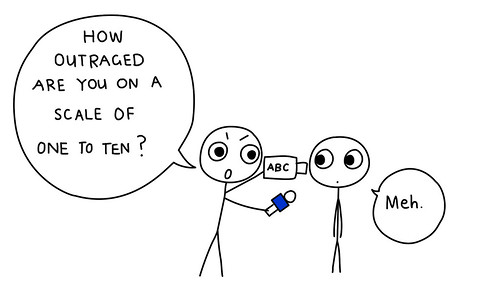 HOW OUTRAGED ARE YOU ON A SCALE OF 1 TO 10?
Meh.
Drawings on Flickr

Today’s word is gumboot.
I’m not a huge fan of gambling, but every couple of years or so I buy one of these.
This is what’s known as an Instant Kiwi here in New Zealand. And Wikipedia says that in other places they’re called: scratchcard, scratch off, scratch ticket, scratcher, scratchie, scratch-it, scratch game,scratch-and-win, instant game or instant lottery.
And they usually have some kind of theme to entice you to throw your money away on this - what is now a - useless piece of paper.
The theme of this one is gumboot challenge. And you can’t see it very well, because most of it’s scratched off, but there were some pictures of people throwing gumboots ... which is something that people do here in New Zealand. Not just randomly throw gumbooots -  it’s usually a game at some kind of festival.
Gumboots also have many other names depending on which part of the world you’re in. Let’s take a look at Wikipedia’s list.
The Wikipedia article calls them wellington boots and says: Wellington boots are also known as rubber boots, wellies, wellingtons, topboots, billy-boots, gumboots, gumbies, gummies, rainboots, gavin's, Alaskan Sneakers, kboots .... kboots? Not too sure about that last one.
How about you? Do you call these things gumboots, like me, or something else?

Jason: How do people respond to “thank you” in New Zealand?
Sarah: It depends on the person. “It’s OK” is common.
Jason: It’s OK?
Sarah: Yeah. “It’s OK” or “that’s OK” or “it’s all right” or “that’s all right”.
Jason: How about “you’re welcome”?
Sarah: I use it a lot. I like it because I feel like you’re kind of acknowledging that you appreciate that they said thank you. Especially if you have gone to some kind of effort, like preparing them a meal or something. But if it was for something small like lending them a pen then I’m probably more likely to say something like no worries. Because I don’t want it to seem like I think I’m doing them a huge favour by lending them a pen.
Jason: So it depends on the situation?
Sarah: Yeah, exactly.
Jason: Do people use “you bet” in New Zealand?
Sarah: I think that’s more of an American thing. Yeah, no, I don’t think I’ve ever heard anyone say in New Zealand say “you bet”. Oh, “sweet as” is another one that’s common. Or “sweet”.