Watch on: YouTube  Dailymotion  优酷
#1400 Gilmore Girls, Ubiquitous Anvils, The Dress
Hi, I'm Sarah, welcome to The Daily English Show.
Today we're studying a scene from a TV show called Gilmore Girls. This is a series that I really love. It originally aired from 2000 to 2007 - but I watched it after that.
In the scene we're studying, a woman called Lorelai is having dinner with her parents and her daughter. And she asks the question: "Where did all the anvils go?"
Do you know what an anvil is? It's a kind of tool that looks like this.
Lorelai's mother describes them as "big, heavy, metal things" and Lorelai adds: "That blacksmiths hammered horseshoes and stuff on. Everyone had them. They were featured prominently in every movie western, so where did they all go?"
And they go on to discuss anvils and where they all went, before someone changes the subject to talk about Lorelai's father Richard's business.
Richard's company is acquiring another company.
Acquire is kind of a fancy word for get. So, if you acquire a company it means you bought it or that someone gave it to you.
The noun is acquisition. Have you heard of M&A in business? That stands for mergers and acquisitions.
In today's conversation Lorelai thinks it's funny that the company that her father's company is acquiring has only one person, his name is Bob. And so she says: "So, you're acquiring Bob?"

Kia ora, in Stick News today a lot of people on the internet have been talking about the colour of a dress.
Recently a couple got married on a tiny island on the west coast of Scotland.
A week before the wedding, the bride's mother sent her daughter a picture of the dress she was planning to wear.
The actual dress was blue and black, but in the photo of the dress, the colour wasn't so clear.
The groom thought it was blue and black and the bride thought it was white and gold.
The bride then posted the photo on Facebook , then the bride's friend shared it on tumblr with the caption: "Guys please help me - is this dress white and gold, or blue and black? Me and my friends can't agree and we are freaking the fuck out."
The post went viral. Everyone spent a few days arguing about it online. And brands around the world did their best to cash in on the action.
And that was Stick News for Monday the 9th of March.
Kia ora. 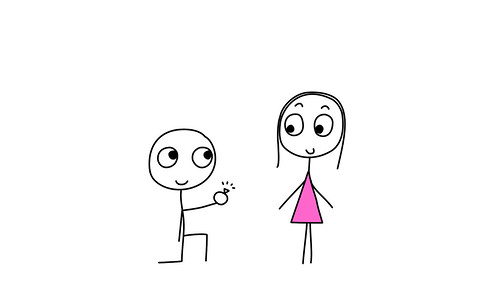 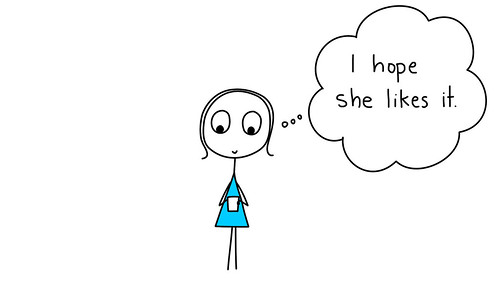 I hope she likes it. 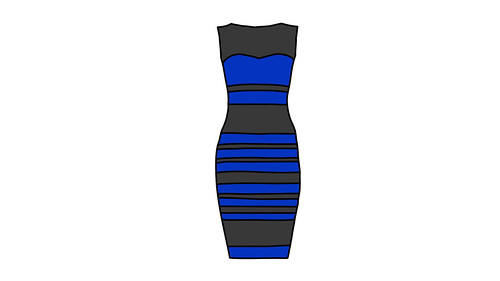 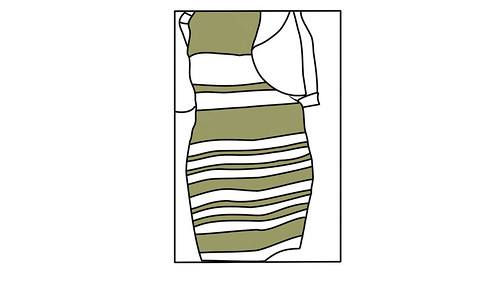 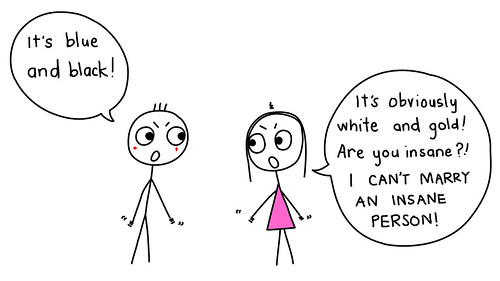 It's blue and black.
It's obviously white and gold. Are you insane?! I CAN'T MARRY AN INSANE PERSON! 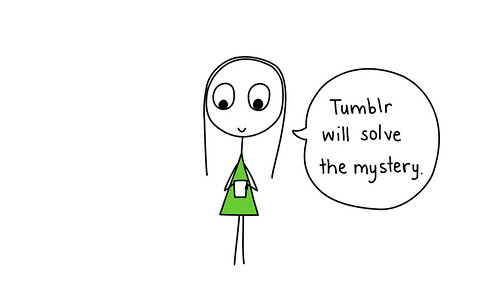 Tumblr will solve the mystery.

guys please help me - is this dress white and gold, or blue and black? Me and my friends can't agree and we are freaking the fuck out 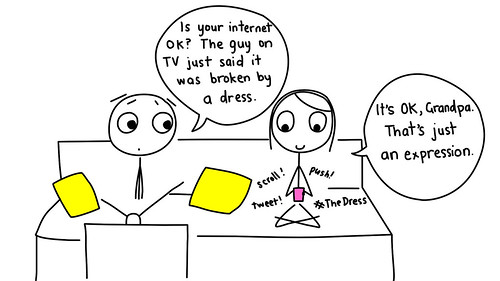 Is your internet OK? The guy on TV just said it was broken by a dress.
It's OK, Grandpa. That's just an expression.
scroll! tweet! push! #TheDress 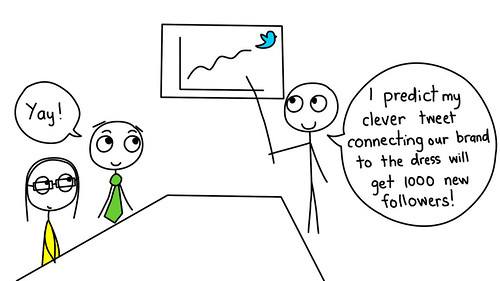 I predict my clever tweet connecting our brand to the dress will get 1000 new followers!
Yay!
Drawings on Flickr

Today's word is ubiquitous.
Ubiquitous is an adjective which means: "seeming to be everywhere or in several places at the same time; very common."
When Lorelai is talking about anvils she talks about how The Coyote in the Road Runner cartoons is always trying to drop an anvil on the Road Runner's head. And she says that this proves that anvils used to be ubiquitous. Because those cartoons were for children so they wouldn't have included things that weren't commonly recognized by children.
Something that I noticed recently that is ubiquitous in New Zealand is stickers on hats.
Do you know the ones that I mean? Something like this - except not exactly this kind of hat or this kind of sticker.
I had heard people talking online about the stickers on hats thing and I thought for ages that it might have been just an American thing. And then I went to a music festival at the end of last year and I suddenly noticed that about half the people seemed to be wearing hats with stickers on them. And now I notice them everywhere. So I think this fashion, at the moment anyway, is ubiquitous in New Zealand.

ENDING
And that was The Daily English Show.
Thank you so much for all the positive comments people have been leaving. It's been really nice to be so warmly and enthusiastically welcomed back. So thank you very much.
We have a transcript for every show on our site, thedailyenglishshow.com. So if you can't catch something I'm saying, please go and check the transcript.
See you tomorrow. Bye!
LINKS
today's news - Business Insider
today's news - Daily Mail