Watch on: YouTube  Dailymotion
#1396 Mindy Kaling Super Bowl Ad, Priority, Christchurch NZ Office Sexytime
Hi, I’m Sarah, welcome to The Daily English Show.
Super Bowl number 49 was played at the start of this month. This is 49 in roman numerals by the way.
The Super Bowl sounds like it could be a bowling tournament. But it’s not, it’s the annual championship game of the National Football League, or the NFL, which is the highest level of professional football in the United States.

It is a huge event in the States. The day the game is on is called Super Bowl Sunday. And because so many people are watching, companies spend a lot of money on the ads which are played during the game. And discussing those ads has become a big part of the event.
So today we’re going to talk about one of those Super Bowl ads.
It’s an ad for an insurance company called Nationwide and it stars Mindy Kaling. She’s an actress and she has a show called The Mindy Project which I really like.
The ad starts out with a voice-over saying this:
“After years of being treated like she was invisible, it occurred to Mindy she might actually be invisible.”
Occur means to happen or take place. And occur to is an idiom which means for an idea or a thought to come into the mind of.
So this means ... for many years people didn’t notice Mindy, so she felt like they didn’t really see her, like she was invisible. And then one day, an idea popped into her head: “Maybe I am actually invisible.”

Kia ora, In Stick News today two employees in Christchurch New Zealand got in trouble when their after work antics were caught on camera and posted online.
One Friday night after business time was over at an insurance company in Christchurch, two staff members decided it was "business time".
They left the lights on in the office during their horizontal line dancing, and patrons at the pub across the road witnessed all the action.
Apparently the band stopped playing and most of the people in the bar watched the couple play hide the sausage.
Photo and video of the event was posted online and the story spread around the world.
The chief executive of the insurance company said it was “very disappointing”.
And that was Stick News for Thursday the 5th of March.
Kia ora. 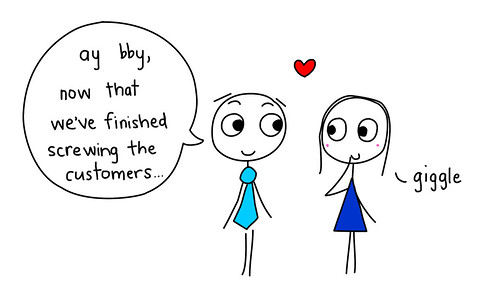 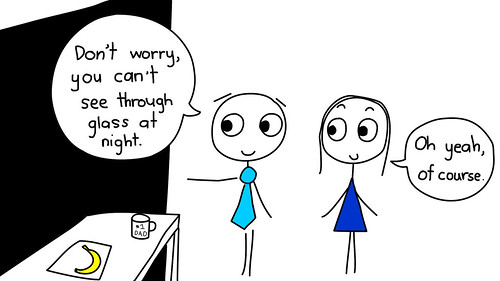 Don't worry, you can't see through glass at night.
Oh yeah, of course. 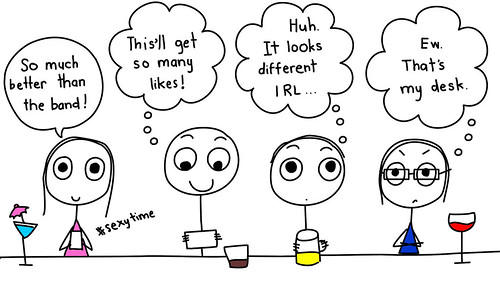 So much better than the band! #sexytime
This'll get so many likes!
Huh. It looks different IRL...
Ew. That's my desk. 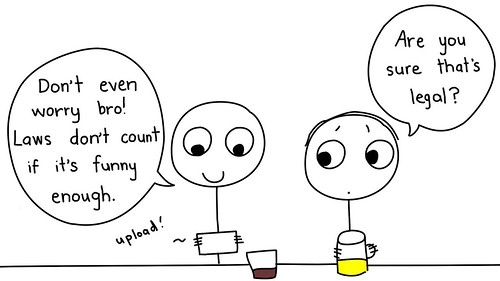 Are you sure that's even legal?
Don't even worry bro! Laws don't count if it's funny enough.
upload! 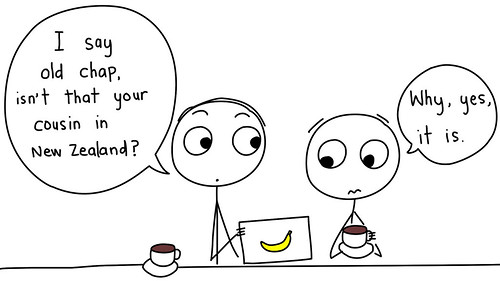 I say old chap, isn't that your cousin in New Zealand?
Why, yes, it is. 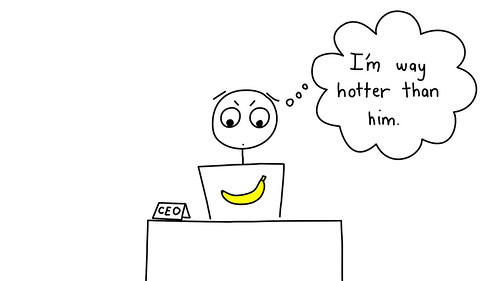 I'm way hotter than him.
CEO
Drawings on Flickr

Matt: Whoa, excuse me.
Mindy: Can you see me?
Matt: Yes. Yes, ma’am.
Mindy: You don’t want to kiss just to make sure?
Matt: Absolutely not.
Matt: No, I didn’t want to kiss you either Matt Damon, so ...

ENDING
And that was The Daily English Show. See you tomorrow. Bye!
Video script:
After years of being treated like she was invisible, it occurred to Mindy she might actually be invisible.
But Mindy was actually not invisible.
Whoa. Excuse me.
Can you see me?
She had just always been treated that way.
Yes. Yes ma’am.
You don’t want to kiss just to make sure?
Absolutely not.
No, I didn’t want to kiss you either Matt Damon, so ...
Join the nation that sees you as a priority. Nationwide is on your side.
-+
Can I just take a quick ... ?
NOTES
Whoa or woah? Grammar Girl explains.
LINKS

Published: Thursday 5 March 2015
More in this category: « #1395 Study English With Lyrics, Kanye Interrupts Again, Compliment or Complement? #1397 Ed Sheeran - Thinking Out Loud, All But, Off Of, Eminem Sues National »