Housebound is a New Zealand comedy horror film that came out last year.
I saw it at The Civic here in Auckland when it was on during the film festival. And I think it was pretty much sold out and my set was near the front and right at the end of the row .. so the screen was really warped and I had to look at it like this.
But, despite that, I really enjoyed the film and I recommend watching it if you can.
Let's take a look at some of the language in the scenes they show in the trailer.
There's a scene where a woman is talking to a police office and he asks her: "So, are you happy to proceed with the story that Mr McRandall was attacked by a vengeful ghost?"
Vengeful is an adjective which means: seeking to harm someone in return for a perceived injury.
The noun is vengeance which means basically the same thing as revenge. The words have slightly different nuances and are used in different phrases.
You may have heard the phrase: Success is the best revenge.
One of my favourite quotes from the TV show Suits is when a character called Donna says to Louis: "Success is the best revenge", and he replies: "Bullshit. Revenge is the best revenge."
Getting back to the movie, after the woman confirms that she thinks that Mr McRandall was attacked by a vengeful ghost, the officer says: "Righto."
Righto is used to convey agreement, understanding or acceptance. It means OK or all right.
Righto is British English and I don't think it's used in the United States.
Here in New Zealand, it's a little old fashioned. I wouldn't be surprised to hear someone in their 70s or 80s using it, but I would definitely be surprised to hear a teenager say: "Righto."

Kia ora in Stick News today a Korean woman was attacked in her sleep by her vacuum cleaner.
In January a 52-year-old woman was taking a nap on the floor of her home in South Korea when she was attacked by her robot vacuum cleaner.
She was unable to free herself so she called emergency services.
Paramedics freed the woman and she escaped serious injury.
And that was Stick News for Tuesday 3rd of March.
Kia ora. 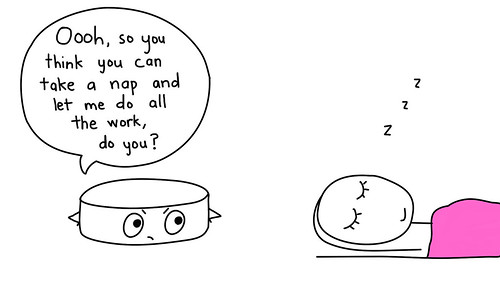 Ooh, so you think you can take a nap and let me do all the work, do you?
zzz 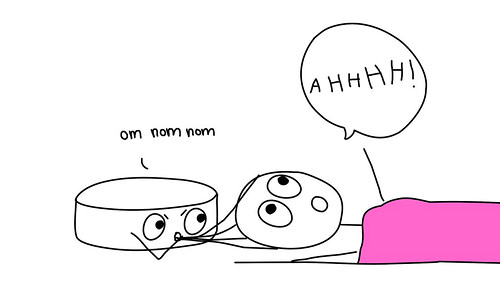 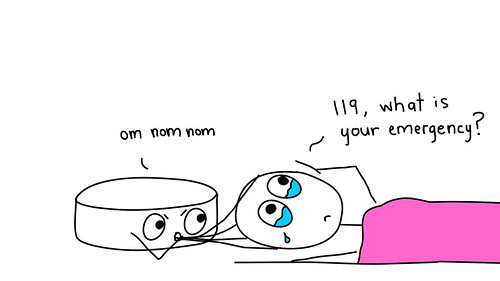 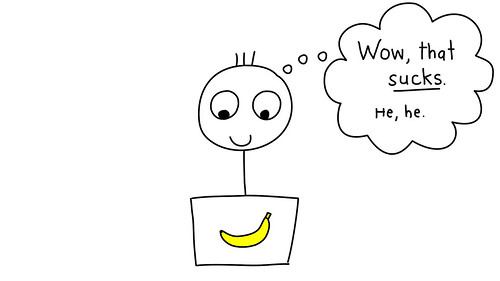 Today's word is fancy.
Fancy is an adjective which means: expensive, complex or sophisticated.
For example: I went to a fancy restaurant on my birthday.
Or: Their kitchen is full of fancy gadgets.
In the movie, a girl called Kylie gets sentenced to home detention at her mother's house. And when she's getting her ankle bracelet fitted her mother says: "Gosh, that's high-tech, isn't it? Aren't you lucky, Kylie, having all that fancy technology on your foot?"
So by using the word fancy here she means: expensive or sophisticated technology.
If you want to see some really fancy things, you could check out fancy.com ... and then cry because you don't have thousands of dollars to spend on all the beautiful things you see.

Officer: So, are you happy to proceed with the story that Mr McRandall was attacked by a vengeful ghost?
Mother: Yes.
Officer: Righto.