Watch on: YouTube  Dailymotion  优酷
#1393 Hello Again, Breaking Bad, NZ Penis Art
Hi, I'm Sarah, welcome to The Daily English Show.
We're back. It's been a long time. After our last show I think I said I'll see you soon ... but our short break ended up turning into a couple of years and I'm sure some of you thought we were never coming back. Thank you to the people who left comments and sent emails asking where we were and why we hadn't made some kind of announcement.
The reason why we didn't announce anything is because we kept changing our minds about when we were coming back. So we thought we'd just jump straight back into it when we were ready - and that day is today.
I'm excited to be back. I feel a little rusty but I'm sure I'll get back into the swing of things. I've been playing around with my new toy. This is a wacom tablet and I made some new intros for the show segments.
The show's going to follow the same format as before and we also have a couple of ideas for some new segments and features ... so watch this space.

Kia ora in Stick News today a giant penis-shaped sculpture has been erected in Auckland, New Zealand. Local news reports say residents are stunned.
New Lynn is a suburb in Auckland that was named after a town in the East of England called King's Lynn.
Recently the council paid $200,000 for a sculpture of four huge clouds to hang over a lane near the new railway station.
One of the clouds looks like a giant penis.
A local resident said:"Oh my God, it's a cock and balls."
A council representative said art was always controversial and interpretation subjective.
And that was Stick News for Monday 2nd of March.
Kia ora. 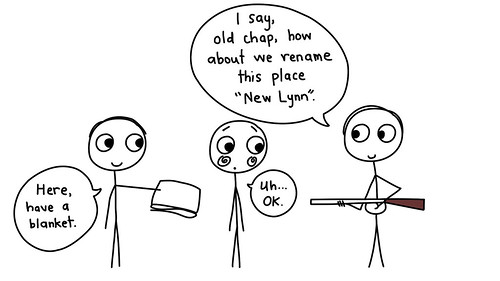 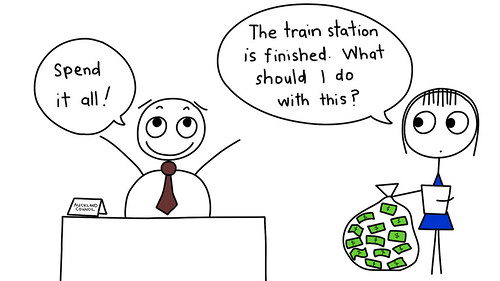 The train station is finished. What should I do with this?
Spend it all! 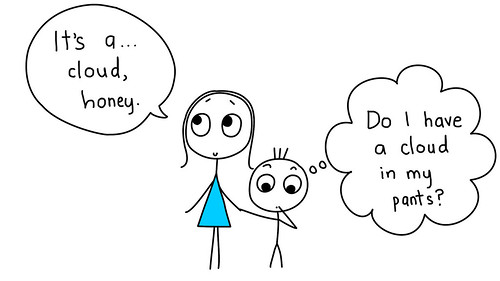 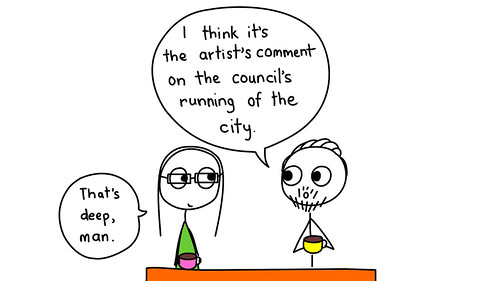 I think it's the artist's comment on the council's running of the city.
That's deep, man. 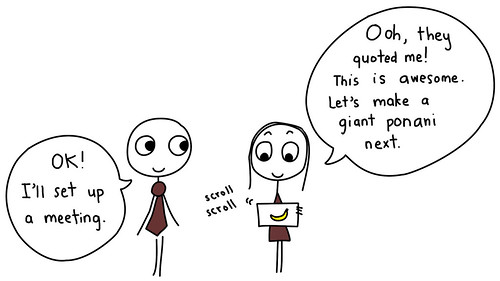 Ooh, they quoted me! This is awesome. Let's make a giant ponani next.
OK! I'll set up a meeting.
scroll scroll
Drawings on Flickr

Today's word is methamphetamine.
This word is in today's conversation. We're doing a conversation from the first episode of Breaking Bad today.
If you haven't of Breaking Bad, it's a TV show - one of the greatest shows ever. And I highly recommend watching it.

The conversation is between a guy called Jesse and his old science teacher, Walter. Jesse is now involved in the illegal methamphetamine distribution business.
And Walter says to him: "I never expected you to amount to much, but methamphetamine?"
Methamphetamine is used as a recreational drug. And like most recreational drugs it has a lot of nicknames. Some of the other names it's called on the show Breaking Bad are: meth, ice, glass and crystal.

This conversation is from season 1, episode 1 of Breaking Bad, starting from 27:20.
Walter: It's me. I'm alone.
Jesse: How'd you find me?
Walter: You're still in our filing system. So your aunt owns this place, right?
Jesse: I own it.
Walter: No one's looking for you.
Jesse: Why are you here?
Walter: I was ... curious. Honestly, I never expected you to amount to much, but methamphetamine? I didn't picture that. There's a lot of money in it, huh?
Jesse: I don't know what you're talking about.
Walter: No?
Jesse: Not a clue.