Day 23 - Westport To Nelson: Blackberries, Rutherford's Birthplace, Sunniest Place In New Zealand
New Zealand Summer Tour
On the morning of day 23 we said goodbye to the Weka and left Westport Holiday Park.
If we had more time we would’ve played a game of mini golf. They had such a cute course.

See that sign that says On The Spot? That’s a chain of convenience stores or dairies that’s only in the South Island.

We left Westport and headed up State Highway 67 towards Murchison.

We drove through a small town called Inangahua Junction. There was a big earthquake here in 1968.

We stopped at Lyell Historic Area to have lunch. There used to be a gold mining town here. Now there’s a campingand picnic area. It was a great lunch spot.

On our way in we noticed a guy picking blackberries, so we thought we’d do the same.
I love blackberries.
We drove past New Zealand's longest swingbridge.
We stopped for coffee in Murchison. This town is famous for rafting. We went to Rivers Café. I wrote a postcard and sent it to Germany. 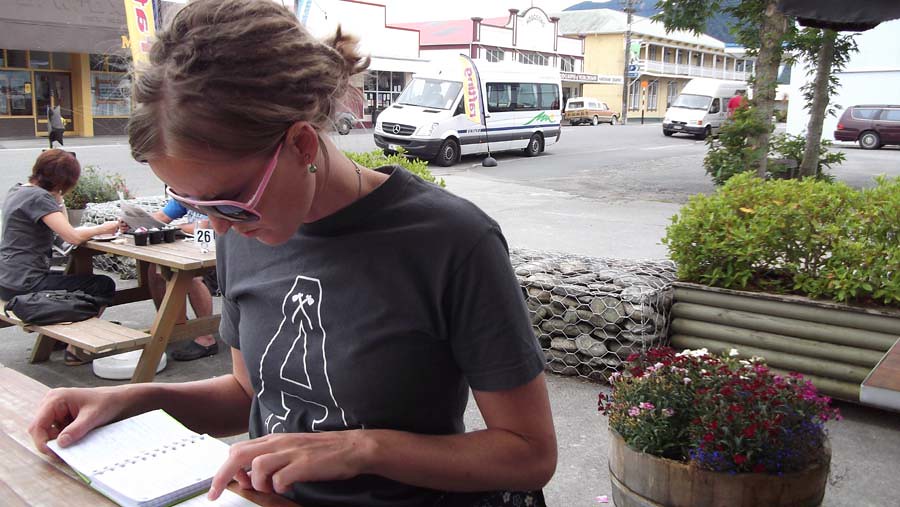 We saw a sign for a lookout, so we drove up to have a look. We saw some cute bumble bees, but the view from Spooners Range Lookout was a bit of a fizzer. This is what we were supposed to be looking at … but all I saw was some pine trees and clouds.
We saw a sign saying Rutherford Birthplace, so we stopped to check it out. It’s a memorial for Ernest Rutherford. He’s the guy on the 100 dollar notes in New Zealand. The house where he was born in 1871 was here until it was demolished in the 1920s. The memorial’s pretty cool. You can press lots of buttons and hear about Ernest Rutherford’s life. 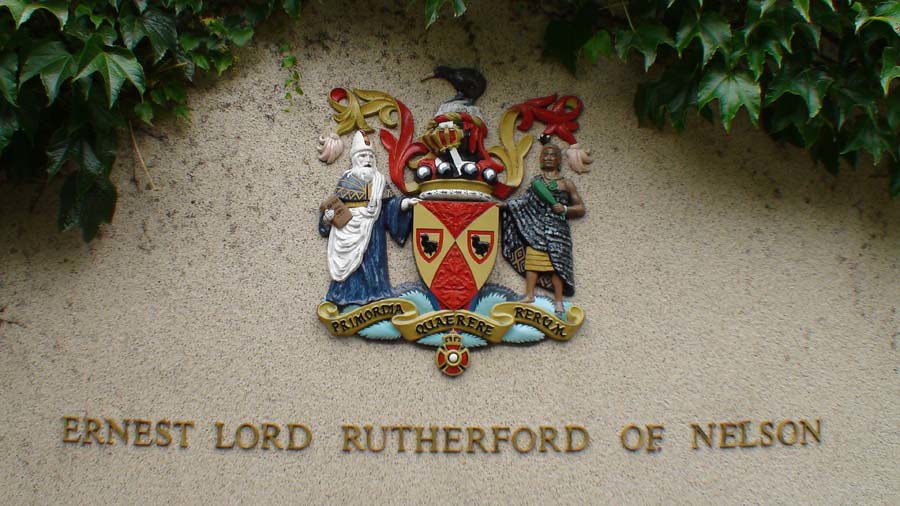 Ern’s elder sister Nel wrote a letter to their Aunt Mary in Foxhill.
Dear Aunty ...
Rutherford got a Nobel Prize in 1908. He also has a chemical element named after him as well as other stuff like streets, parks, schools and a crater on the moon.
That night we stayed at Tahuna Beach Holiday Park. It’s a huge holiday park. They have arrivals lanes and a traffic control room, heaps of computers, a pool table. They even had a guy selling baked potatoes.
I remember staying here for a night when I was backpacking around the South Island in the summer of 99-2000. We drove around for a while trying to decide where to stay. Then we left the holiday park to go and check out the city.
Apparently Nelson is the second oldest settled city in New Zealand and the oldest in the South Island.
The name Nelson comes from an English naval officer. The Māori name for the city is Whakatū.
Nelson is famous for being one of the sunniest places in New Zealand.
It also has the highest proportion of residents from the UK and Ireland as well as the highest proportion of German speakers.
There didn’t seem to be a huge amount happening on this wet Sunday evening so we headed back to the holiday park to have dinner.
It stopped raining before the sun went down and Nelson treated us to a spectacular sunset. 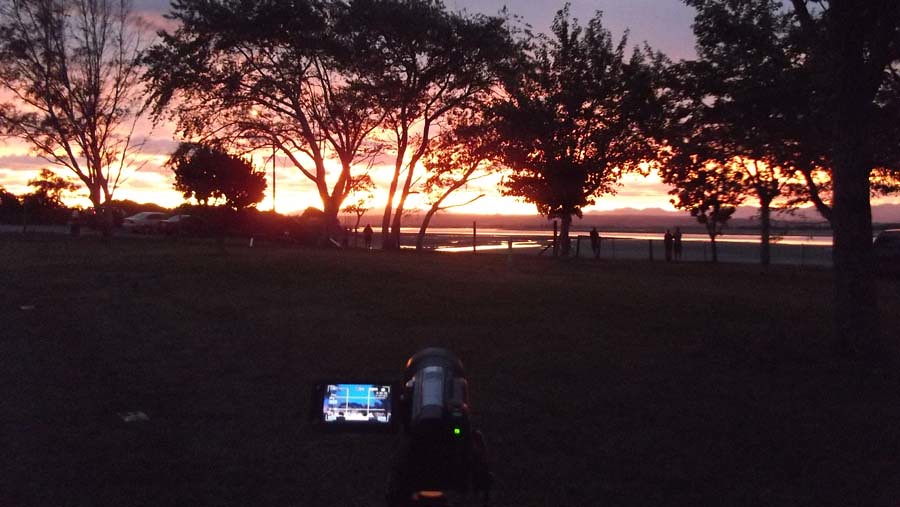