Before we left the holiday park we talked to one of the owners. She said she’s originally from Canterbury. I asked her what brought her to this area.

My husband. He’s had this park for 26 years. He’s into his 26th summer. I’m into my 17th summer. Our kids are still really young. We’ve got twins that are 12 - boys - and a daughter that’s 14. So while they still love it, we’ll still be here.
Jan Heward
Hokitika Holiday Park

She told me a bit about the history of the park.

I asked Jan what she most enjoyed about running the Hokitika Holiday Park.

I think it’s just the people. And the different nationalities that come through. Like, I would say at least 50% of them are from overseas. We get a lot of white water kayakers doing the ultimate challenge - the rivers around here. And they come from all over the world.

We saw a poster advertising some markets in the iSite carpark, so we drove around Hokitika for a while trying to find them.

We didn’t have much luck finding the markets at first, but we saw some nice old buildings. This building used to be a bank. It was built in 1931 which might not be considered very old in some countries. But in New Zealand it’s registered with the Historic Places Trust.

We eventually solved the mystery of where the markets were when we got a new map. Turns out the first map we had was printed in 2005 and the information centre has moved since then.

We saw some beautiful things at the markets. Like this pounamu.

I bought a tile that was made with glass from beer bottles. The guy said this one was made of either Steinlager orHeineken. I can’t remember which one he said it was.

I also bought a cucumber and an avocado.

Hokitika has a great information centre. It was relocated and upgraded a few years ago. I bought a postcard.

We had lunch by the beach.

And we had some coffee at a place called Millies. I was attracted by the green paint and the Japanese on the sign. 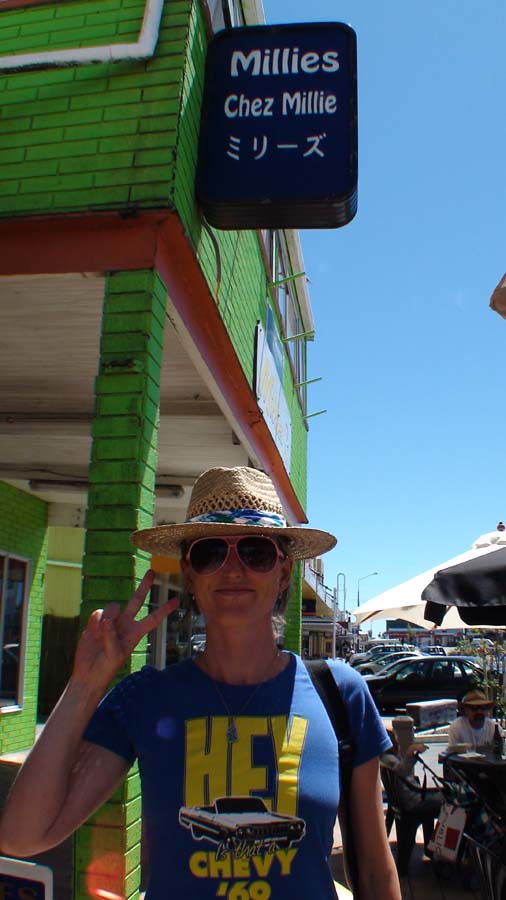 Here you go.
Thank you.

I posted the postcard to Japan in this post box which some people have obviously been confusing with a rubbish bin. 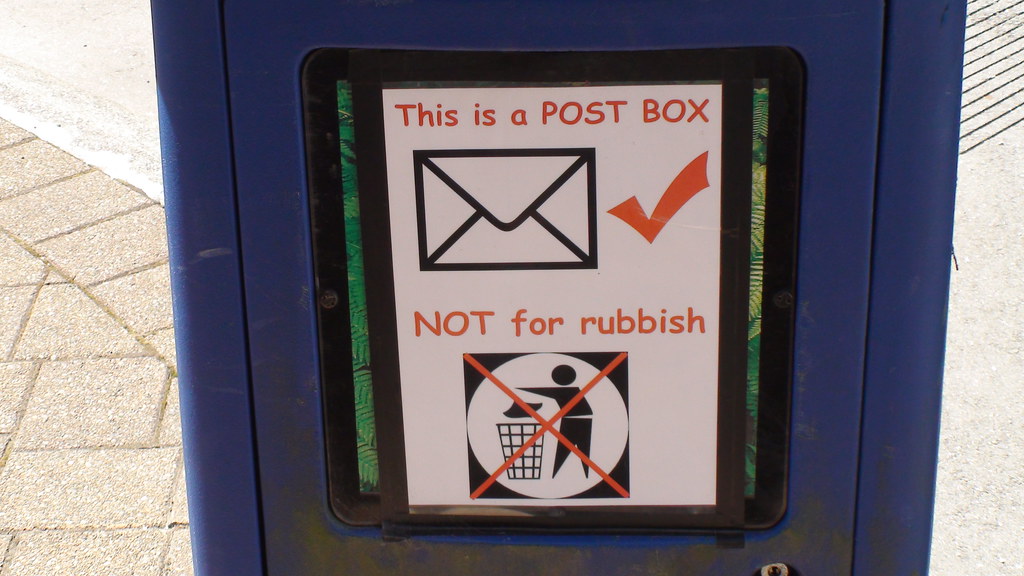 The cameraperson made me drive around and around this clock to get a good shot of our motorhome with the clock. I had a very enthusiastic audience. 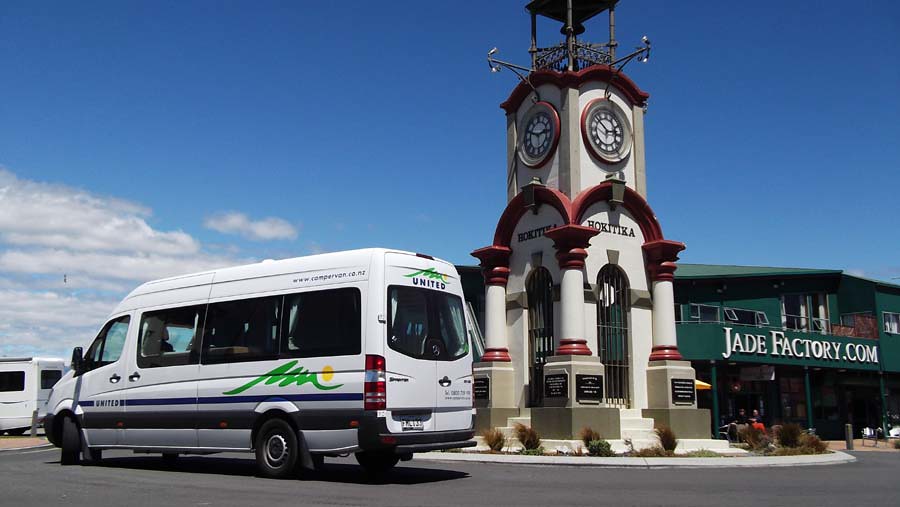 Before we left Hokitika, we filled up with diesel and bought some fruit. The woman selling the fruit said it was from a place in Central Otago called Earnscleugh.

We drove past the glowworm place, so we thought we’d stop to see what it looked like during the day. It was beautiful at daytime too. 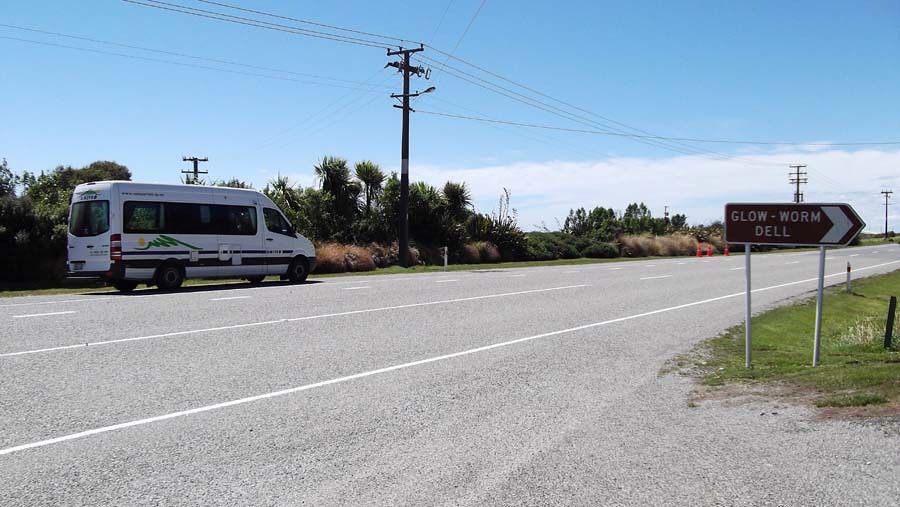 We stopped a bit further up the road to buy some vegetables.

We noticed a sign saying Coast to Coast start so we went to check it out. Coast to Coast is a famous annual race in New Zealand. People run, cycle and kayak from the West to the East coast of the South Island. 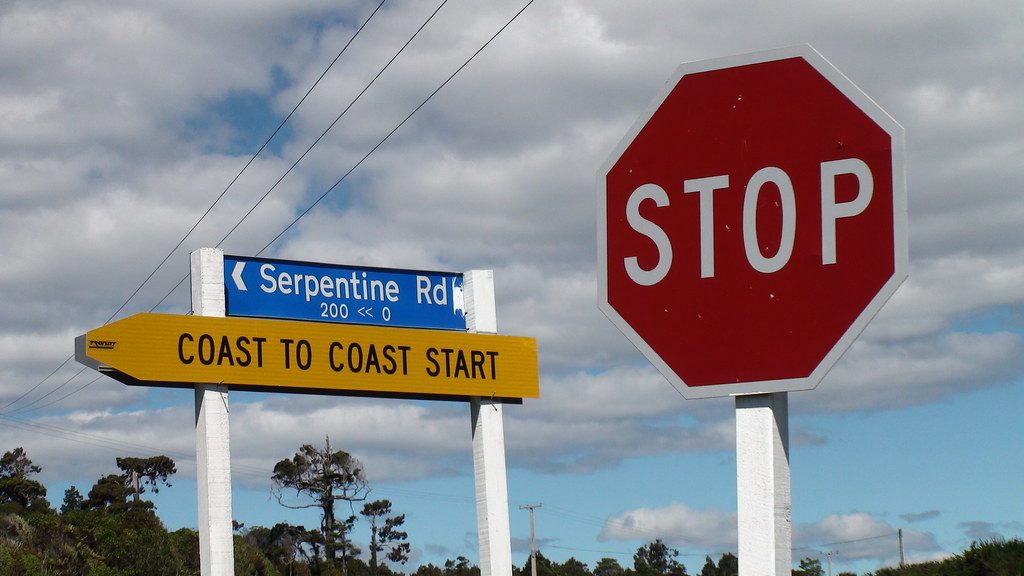 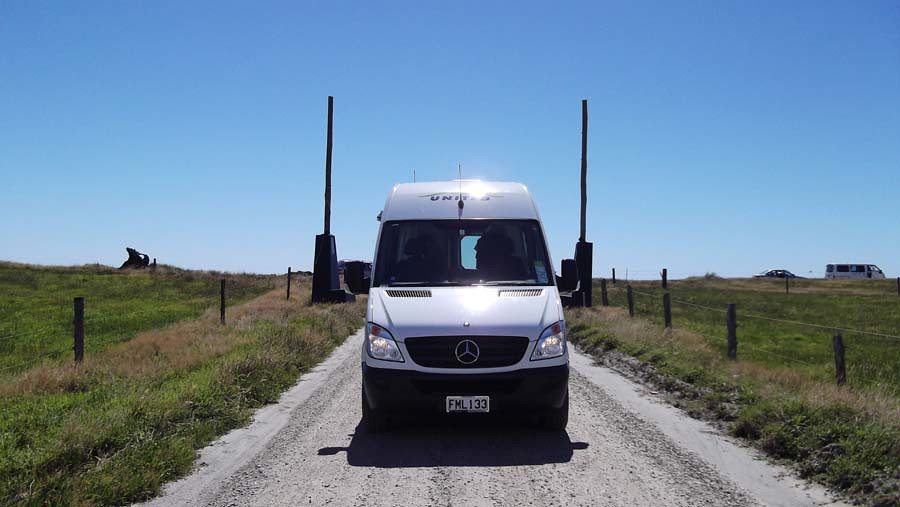 This is Greymouth. It’s the largest town on the West Coast. It has a population of about 10 thousand.

The scenery was so beautiful driving up the West Coast that we kept stopping to take photos. 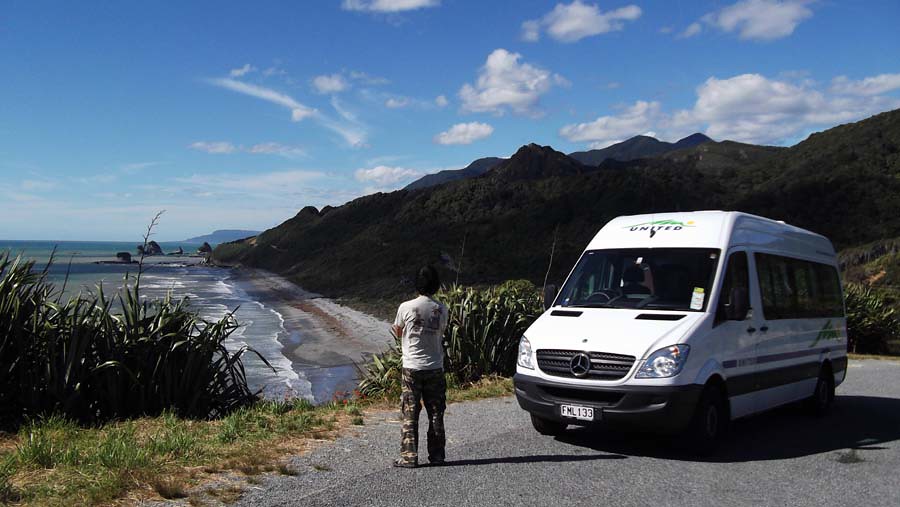 In Punakaiki we stopped to see the Pancake Rocks.

They had some signs with information about the plants. This is flax or harakeke. This is nīkau.

And these are the Pancake Rocks. 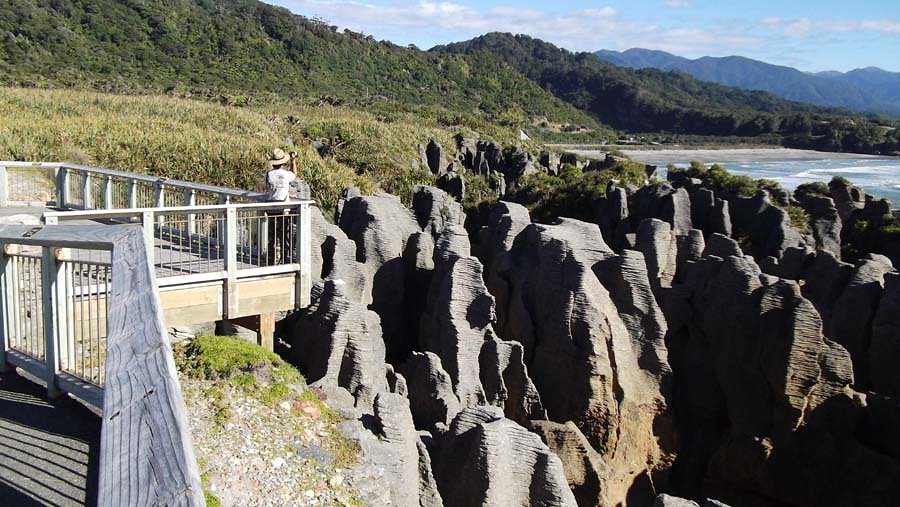 Can you see the creatures in the rocks?
It looks like these rocks are wearing a seaweed skirt.

At high tide you can also see the sea bursting out of blowholes in the rocks. But it wasn’t high tide.

We saw a penguin sign … but we didn’t see any penguins.
We did see a Weka running across the road. Did you see that?

When we got to the holiday park in Westport, we saw more Weka.

After checking in to Westport Holiday Park, we headed out to the coast to watch the sunset.

We drove to Cape Foulwind … where we saw even more Weka. There were Weka everywhere. They’re so cute. 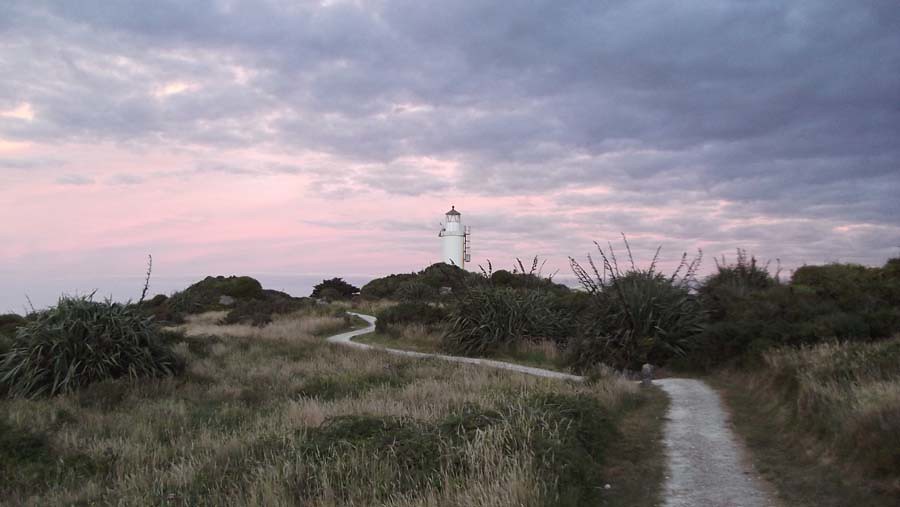 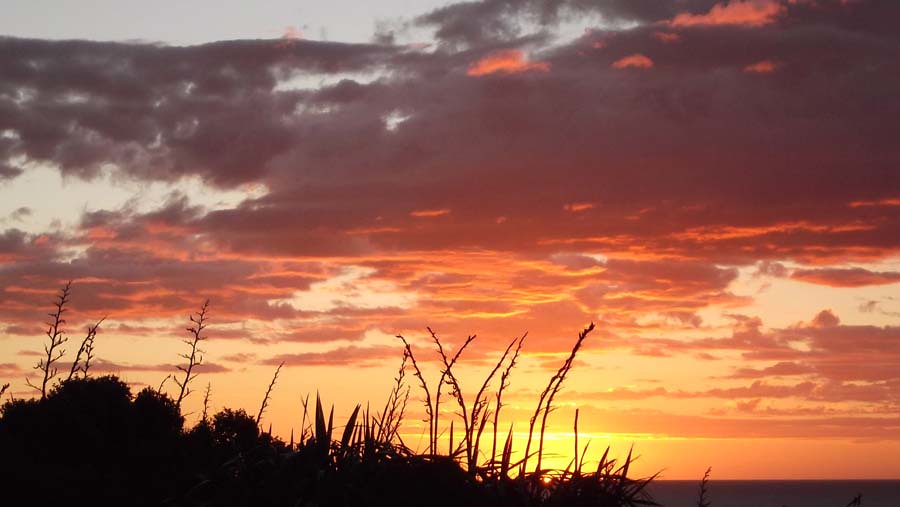