Day 5 - Muriwai To Raglan: Six Surf Lifeguards, One Dinosaur, Pūkeko And Windmills
New Zealand Summer Tour
A few weeks before we left, someone told me about some lifeguards that were doing a trip around New Zealand at the same time as us.

We happened to be passing through Auckland on the day they were starting their trip, so we decided to leave early so that we could go to their launch.

The lifeguards’ trip was similar to ours, except slightly more hardcore. Instead of driving around the coast in a Mercedes, they were circumnavigating New Zealand in little rubber boats.

I asked one of the Six Surf Lifeguards if he’d ever done anything like this before.

Nothing like this. Nothing of this magnitude. Like, it’s pretty big to be going for 40 days is huge. And some of the waters around New Zealand have got to be some of the most dangerous waters in the world. So yeah, it’s a small boat.
Jason Harvey
Six Surf Lifeguards

I also had a chat to the president of Surf Life Saving New Zealand about the trip.

Ah, we’re here cause it’s the centenary. It’s a hundred years of life saving and that’s a pretty special occasion and we’re pretty excited to be part of it and we can’t wait to take the celebration to those communities where life saving really has had an impact over the last 100 years.
Ash Matuschka
Six Surf Lifeguards

It was 100 years this summer that two clubs, New Brighton in Christchurch and Lyall Bay in Wellington decided to put some reels on the beach and put up a couple of disks in those days, and patrol. A hundred years later we’ve saved I think around about 500,000 people.
Bob Harvey
Surf Life Saving New Zealand

According to the Lifeguards’ schedule, our paths were due to cross somewhere on the west coast of the South Island near Haast. So we said we’d look out for them on the water and follow their updates on Twitter.

Then we continued on our journey and got on the Southern Motorway to drive to Kirikiriroa or Hamilton. We drove past Mount Hobson, the huge mountain that we climbed on day 1.

Hamilton’s in the Waikato region and is the fourth largest city in New Zealand.

We had lunch at a place called Vegan Buffet. Then we had a bit of a walk around the city. I met a dinosaur. And we found come coffee. 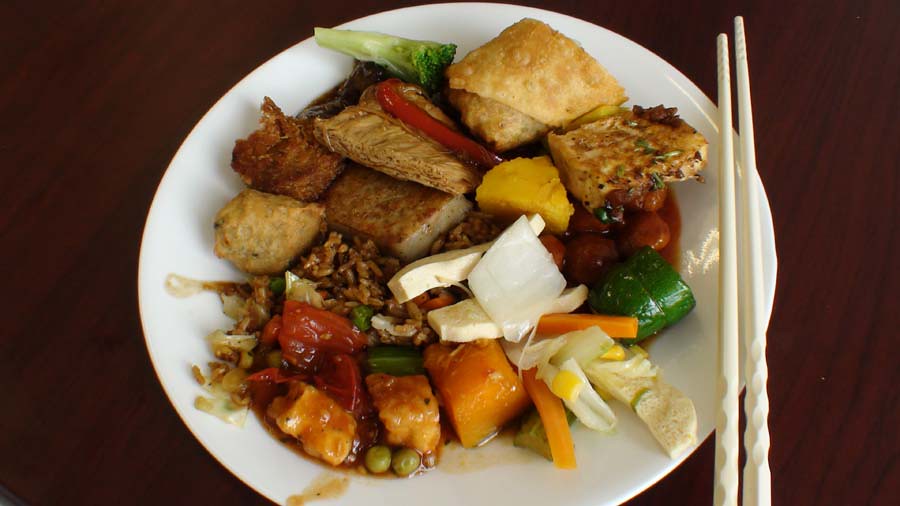 I’d never seen a parking machine like this before. There were no tickets, just a number beside your parking space which you punch into the machine.

I saw in a brochure there was a free internet service in a certain part of Hamilton. So we tried it out, but it was so slow it was pretty much pointless.

I sent today’s postcard to Australia.
And I met a dinosaur.

Then we headed to a town near Hamilton called Raglan. We stopped on the way to hang out with some pūkeko and some ducks. 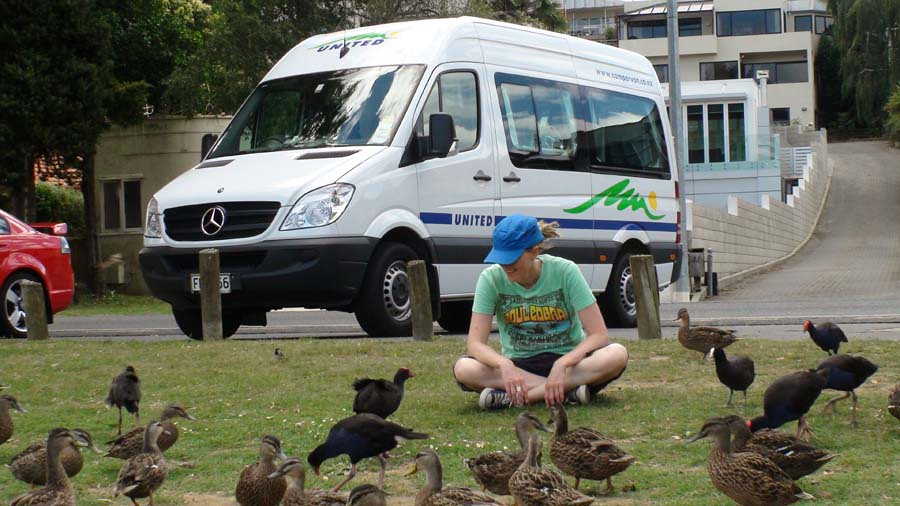