This song is from an album called Something Awesome which won Best Urban/Hip Hop Album at the New Zealand Music Awards this year.

The song’s about a guy who’s interested in a girl and it sounds like they’re in a bar:

Do you wanna come (and) sit over here and chill?
See I got a friend that’ll serve us drinks until he gets off

To chill means to relax or hang out together.

So, he’s obviously interested in her and he wants to get to know her, but he doesn’t want to put too much pressure on her.

I put the onus against you, no stress though
You can make your mind up, what you wanna do
I’m doing me with this Heineken, till the night is done
But there’s no denying I like your company

Onus is a formal noun which means the responsibility for something.

In the song he says onus against, but onus is usually used with on.

For example: The onus is on employers to follow health and safety laws.

Which means it’s the responsibility of the employers to follow the laws.

And in the song, he’s making it clear that he’s interested I her- there’s no denying I like your company - but he’s saying that it’s up to her to decide if she’s interested in him so they can take it further -I put the onus against you.

Kia ora in Stick News today a monument of a Marmite jar has been built in the UK.

British Marmite is made in a town in England called Burton.
They’ve just unveiled a 6 foot tall stone monument in the town.
The monument took 71 hours to carve and cost 15,000 pounds.

And that was Stick News for Friday the 22nd of October.
Kia ora. 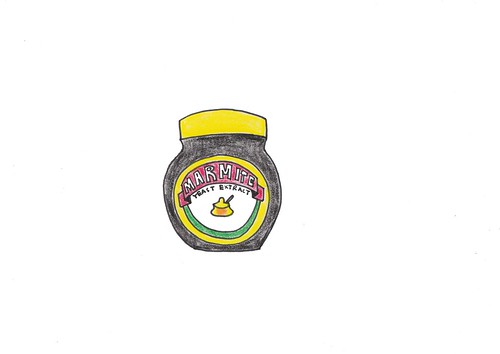 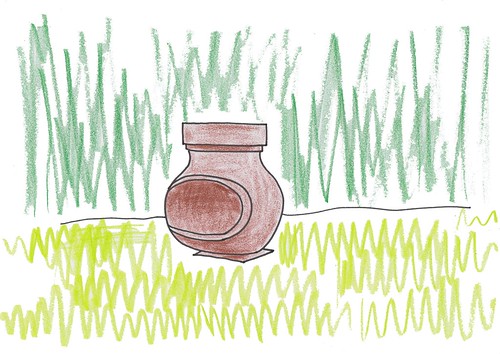 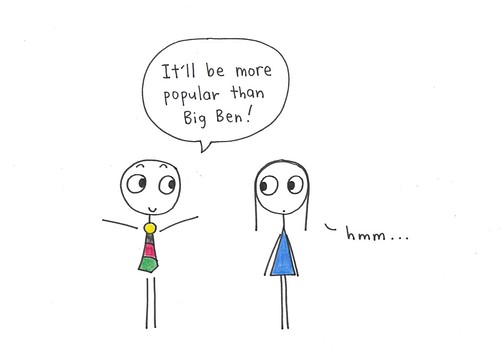 It’ll be more popular than Big Ben!
hmm …
Drawings on Flickr.
Word of the Day

Indulging is about allowing someone – yourself or someone else - to enjoy a desired pleasure.

For example you can indulge in spending a lot of money, or eating cake.
That’s indulging in something.

But if you indulging sb it means you’re allowing them to enjoy a desired pleasure.

In today’s song, David Dallas sings:
I’d pay for a drink or two just get to know me
Don’t leave, no, no, no, you gotta indulge me

So he’s asking her to allow him the pleasure of getting to know her. 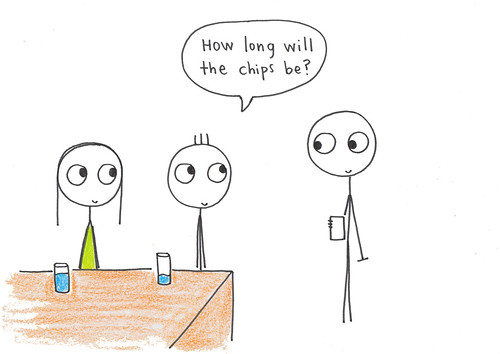 How long will the chips be? 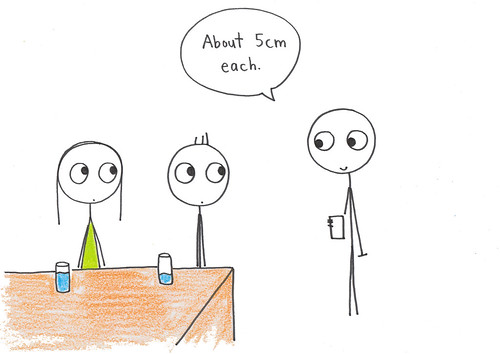