So obviously they’re having an affair and he’s planning to kill his wife.
And then his girlfriend offers to be the one who kills her. She says: You know, I could do it.
And he says: Cute. Who’d be dumb enough to hire a woman hit man?

A hit man is a person who’s paid to kill someone and he thinks a female hit man wouldn’t be good enough, so it would be stupid to hire a female.

And then comes the punchline, so you’ll have to go and watch the video to find out what it is.

Kia ora in Stick News today park officials in China have fitted steel spikes to park benches in an attempt to stop people from hogging the benches.

Park officials in a province in eastern China say they have a problem with bench-hogging.
So they’ve fitted park benches with steel spikes.
The spikes are on a coin-operated timer and pop out if people don’t feed the meter.
Apparently park bosses got the idea from an art exhibition in Germany.

And that was Stick News for Thursday 21st October.
Kia ora. 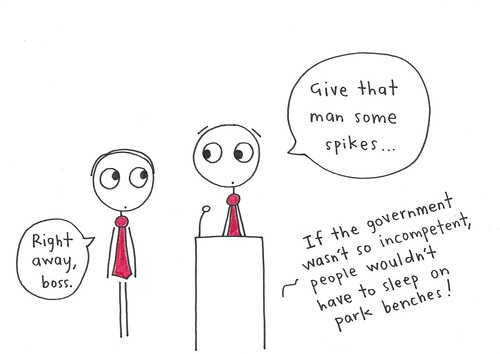 If the government wasn’t so incompetent, people wouldn’t have to sleep on park benches!
Give that man some spikes …
Right away, boss. 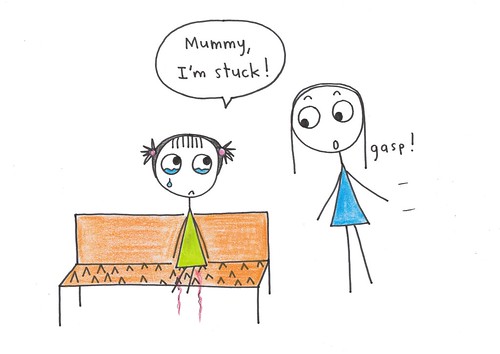 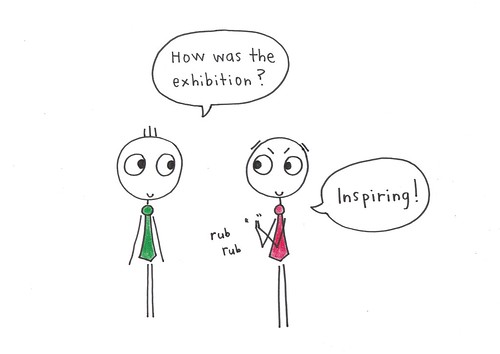