Today we’re studying a song called Young Blood. This song came out this year and it’s by a New Zealand band calledThe Naked And Famous. And last month it won an award for Song of the Year.

I’m not exactly sure what this song’s about. Here’s one of the verses:

A flaw is a weakness, mistake or imperfection.

Can’t help but do sth is an idiom which means that it’s impossible to avoid doing something.

So they’re saying that they don’t want to count the flaws, but it’s impossible not to.

Permeate means: to affect every part of something, or to spread.

So I think this person is thinking about some flaws – maybe in a relationship, or feeling insecure about themselves in general – and they try not to think about the flaws and they are briefly successful, but then they start thinking about them again.

So it could be about a failing relationship or about a general lack of confidence in yourself.

Have you heard the song before? What do you think of it? And what do you think it’s about?
STICK NEWS
Kia ora in Stick News today a survey has found that the age when people in the UK start becoming grumpy is 52.
Reuters reported the survey found that people over 50 laughed far less than their younger counterparts and complained far more.
They found infants laughed up to 300 times a day, teenagers 6 times a day and those over 60 had only 2.5 laughs a day.
And that was Stick News for Friday 8th October.
Kia ora. 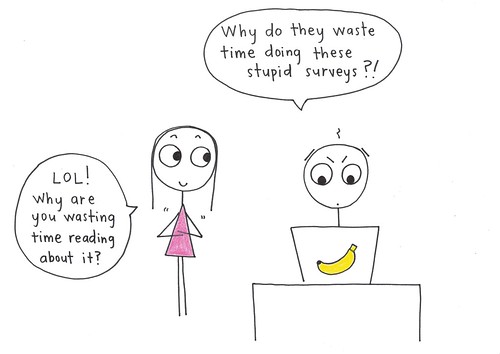 Why do they waste time doing these stupid surveys?!
LOL! Why are you wasting time reading about it? 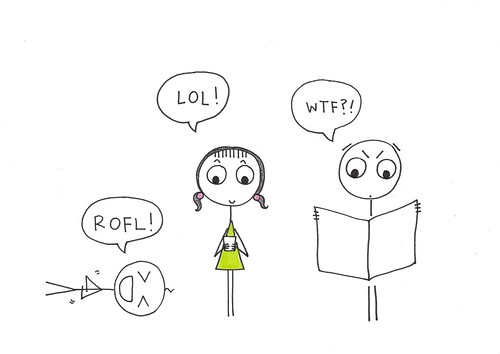