#1326 Mispronouncing Pronunciation, Grammaropolis, Santa-free Christmas, Pernickety
Hi, I’m Sarah, welcome to The Daily English Show.
I found a list called: 100 Most Often Mispronounced Words and Phrases in English.
I don’t agree with all of them, like it says that you shouldn’t pronounce the “t” in often.
But I would say that both ways are correct. You can say often or often. And that’s what it says in the Concise Oxford Dictionary too.
One thing I do agree with, is the mispronunciation of pronunciation. As they say, it’s quite funny that pronunciation is one of the most commonly mispronounced words.
Please listen carefully:
pronounce
pronounceable
pronounced
pronouncement
But … pronunciation.
It’s not pronounciation, although you can see where the mistake comes from.
I actually saw a TV news story once where they were interviewing a woman who was complaining about bad pronunciation, but she said the word pronounciation.
click here
Today I recommend a game called Word Sort which is on a site called Grammaropolis.
I think this is a very cool game. In the game, words fall from the sky and you have to move them into the right categories, like: noun, verb or adjective.
So if you can’t remember the difference between an adjective and an adverb, this could be a fun way to learn.
STICK NEWS
Kia ora in Stick News today a group in Germany is advocating a Santa-free Christmas.
Santa is a legendary guy who is said to bring presents to the homes of good children in December.
Apparently the legend starts in the 4th century with a guy called Saint Nicholas who was famous for his generous gifts to the poor.
These days Santa is generally depicted as a plump, jolly, white-bearded man wearing a red suit.
A group in Germany wants Santa to be replaced with St Nicolas. They say Santa is
an invention of the advertising industry designed to boost sales and has little to do with the historical figure of St Nicolas.
And that was Stick News for Wednesday the 6th of October.
Kia ora. 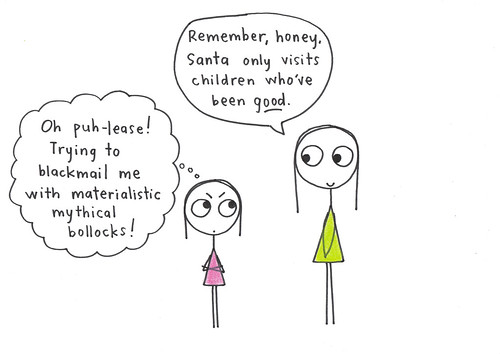 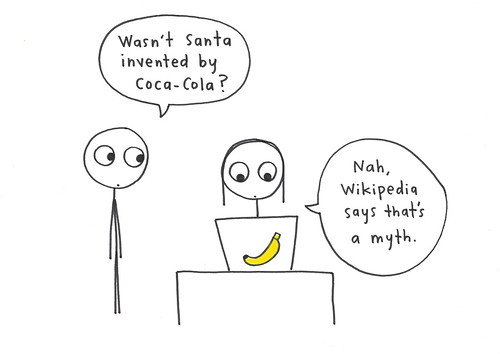 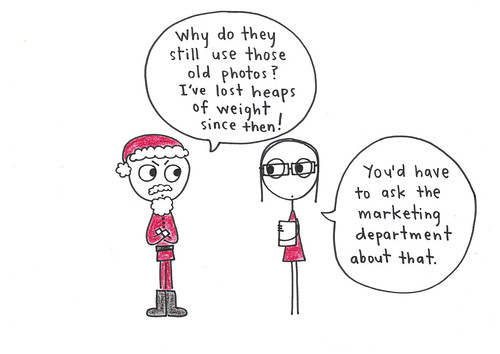 Why do they still use those old photos? I’ve lost heaps of weight since then!
You’d have to ask the marketing department about that. 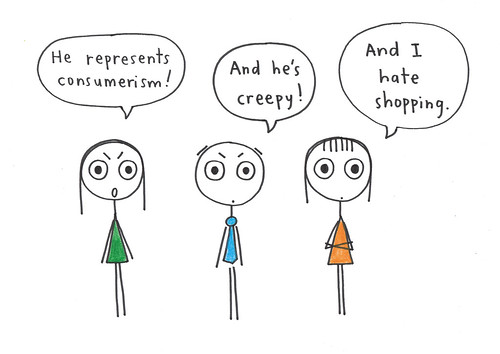 More in this category: « #1325 You Again, Down To A T, UK Sleepover Show, Rancid, Misogyny #1327 Smell Like A Monster, Internet Eyes, Shoplifting, Mount Ruapehu, Whakapapa »